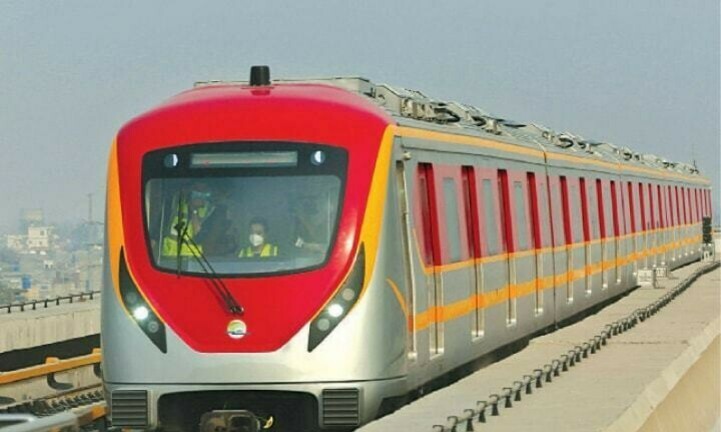 LAHORE: The country’s major power breakdown for the whole day on Monday brought normal life to a standstill, disrupting businesses and affecting mobility of the public at large.

Lahore Orange Line Metro Train and Water and Sanitation Agency (Wasa) were among the services most affected by the breakdown and they stopped working, leaving the passengers and consumers in the lurch.

The Lahorites, who were unaware about the breakdown or its severity in early hours of Monday, woke up in routine but found no water due to non-operation of tube wells. Those using the Orange Line Metro Train to commute to work found it stalled.

“When I woke up as usual at about 7.30am there was no electricity. I took it as a routine matter, thinking the power supply would resume soon. But it didn’t,” Arsalan, a resident of a locality near Thokar Niaz Baig told Dawn.

“I took a bath and reached the Orange Line Train station to go to work. But I found the train operation suspended and had to return home,” he added.

The Orange Line train runs on 750 volts electric current that is supplied through a central iron/steel line, called the third rail. However, the entire system requires 74MW electricity and two power stations supply uninterrupted electricity to the trains, stations, escalators and other installations.

“The Lahore Orange Line Train operation started at about 6:15am on Monday. But it lasted only for a short time as it stopped at about 7:30am due to power breakdown,” said an official of the Punjab Masstransit Authority which regulates the operations of the train, metrobus and Speedo bus in Lahore and some other cities in Punjab.

On social media, people shared videos and pictures of halted Orange Line trains at different stations and passengers walking to the station.

To a question, the official said most of the trains that were on the way to their destinations on the 27km long Dera Gujran-Ali Town route succeed in reaching (by rolling over) the nearby station after occurrence of the breakdown.

“A couple of trains carrying many passengers stopped on the way and the teams deputed at the stations rushed to the spots, opened the doors through batteries, took the passengers out of the trains and brought them to the nearby stations’ platforms by foot,” the official claimed, terming the Monday’s situation very tricky for the authority as such an incident happened for the first time since start of the train operation more than two years back.

While the people were already in trouble due to the absence of public transport, especially the Orange Line, non-operation of Wasa tube wells created a severe shortage of water in Lahore. The situation forced many people to remain at home as they couldn’t get ready for their jobs or other businesses. The situation also caused problems at homes as there was no water for washing clothes and kitchen needs.

“In many areas, especially the slums, the people use tap water for drinking. But they couldn’t get it as Wasa-owned tube wells were not operational due to power breakdown. In some areas, Wasa started operating tube wells on generators but the exercise proved futile as the people had installed small motors at their homes to suck water from pipelines and such motors could not work due to power outage,” said a Wasa official while talking to Dawn.

However, the official claimed to have dispatched water tankers to various parts of the city in a bid to provide water to the residents. He said many Wasa-owned tube wells had the facility of generators but they could be run for a couple of hours.

On the other hand, the absence of electricity for several hours in Lahore and other major and small towns affected the public and private sector businesses. There are reports that the offices, especially the Rescue 1122 helpline and other telephone lines related to registering complaints in Lahore, Multan, and other major cities went off a few hours after the breakdown.

“I called Rescue 1122 in Multan. But it was found off. Later, I came to know that it was off due to continuous cut in the electricity supply,” said one Akbar, a resident of Multan, while talking to Dawn.

“At about 2pm, I called our Lesco area office (Johar Town) at its PTCL number many times. But no one attended the call to respond to my query,” said Afzal, a consumer. He said Lesco must take action against those field offices who added to the anxiety of the consumers by not receiving calls. He said the signals of mobile also weakened—perhaps due to non-operation of the mobile phone companies’ towers that were usually run on generators during power outages.