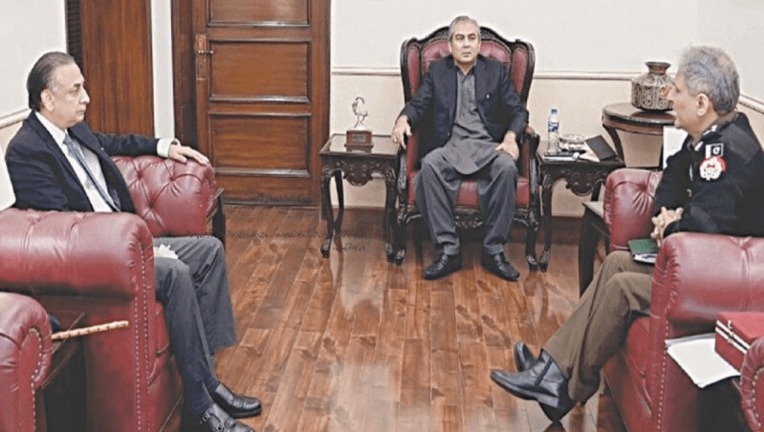 LAHORE: Newly appointed Inspector General of Police (IGP) Dr Usman Anwar said on Tuesday as per the instructions of the caretaker government and the election commission, he would ensure transparency and peace in the province during the upcoming provincial assembly elections.

He also said steps would be taken under a proactive policy to safeguard the province from the wave of terrorism. The process of eliminating terrorists as well as their facilitators and miscreants would be accelerated.

The IGP said this while sharing his policy priorities with the media. He said along with free registration of crimes, police response would be improved for promoting a sense of security among the public. He also stressed that combing and intelligence-based operations would be expedited in the vicinities of schools, colleges, hostels and dens of professional criminals to stamp out the menace of drugs from society.

The police chief further said the legislative process would be completed for the recruitment of family members of martyred police officials. “The doors of my office will always be open for the citizens as well as the force and the open-door policy will be promoted for direct communication with citizens from the IG office to the police station level,” he stated.

He also said women personnel were the most important part of the force and would be given priority postings in commanding positions. He assured that coordination with the Federal Investigation Agency would be improved to prevent crimes related to telephonic fraud and cybercrime so that the process of punishing those involved in financial irregularities and harassment of women could be accelerated.

Meanwhile, in his second posting as the Lahore police chief, Bilal Siddique Kamyana said maintenance of law and order, free registration of FIRs, merit-based transparent investigation along with crime control would be his top priorities.

He said the culture of public-friendly police would be promoted so that people could visit police stations for the redressal of their grievances without any fear and hesitation.

The projects related to information technology, public-friendly approach towards police and community policing would continue and further improved to ensure the protection of life and property of people, he concluded.