Federal, Sindh govts to work together on road schemes 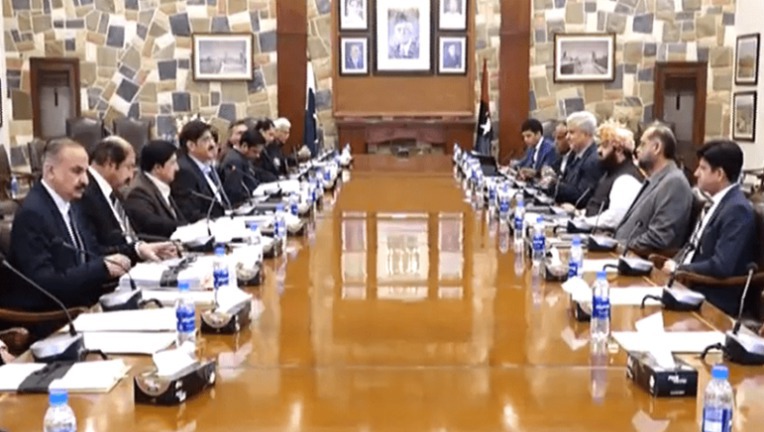 KARACHI: Sindh Chief Minister Syed Murad Ali Shah and Federal Minister for Communication Asad Mahmood in their meeting at CM House on Tuesday agreed to strengthen coordination between the provincial government and the National Highway Authority (NHA) so that ongoing road sector schemes of NHA in the province could be completed well in time.

He said that there were another two sections, 80km Mirpurkhas-Umerkot and 40km Umerkot-Khokhrapar, of the road.

“Out of the 80km road from Mirpurkhas to Umerkot, 60km has been widened/reconditioned, whereas the work on the remaining portion from Umerkot to Khokhrapar (Raja Rasti) of 20km has not been started as yet,” he added.

The CM said that the recent heavy rains had damaged the road from Umerkot to Khokhrapar.

The federal minister assured the chief minister that the work would be accelerated and also directed the NHA to repair the damaged portions.

The chief minister taking up the under-construction Jamshoro-Sehwan road issue said that it has a length of 130km being executed by the NHA.

He said the work started in 2018-19. “Though it was an asset of the NHA yet his government has also contributed Rs700 million in rehabilitation.”

The CM said that work on the road from Khanote to Manjhand had not been started as yet. He pointed out that during the 2022 rains, the newly built track came under water near Laki Shah Saddar, which required to be considered for its re-design or necessary.

The federal minister said that the work had been accelerated and there were some land acquisition issues that needed to be settled.

The CM directed the chief secretary to settle the land issues to complete work.

The Hyderabad-Sukkur Motorway also came under discussion and the federal minister told the CM that work would be started shortly.