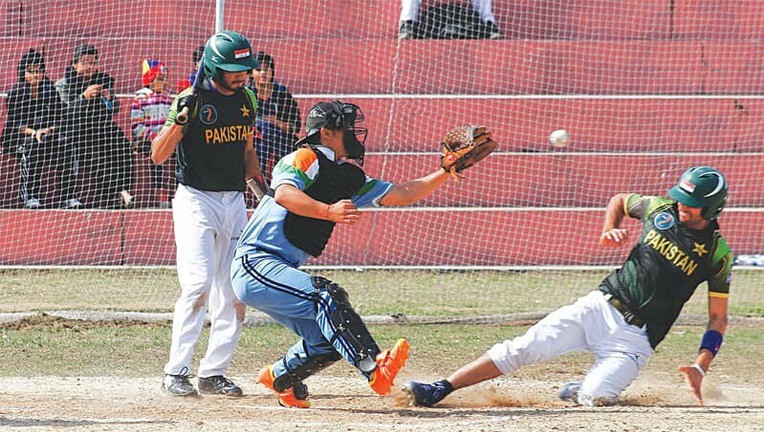 LAHORE: The Indian baseball team is set to arrive here on Wednesday to participate in the 15th West Asia Baseball Cup after it was finally granted visa by the Pakistani authorities late on Tuesday night.

According to Pakistan Federation Baseball pres­ident Syed Fakhar Ali Shah, the 20-member Indian squad will cross the Wagah Border to enter Pakistan, only two days before the tournament starts.

Fakhar said Pakistan’s Ministry of Interior had issued the NOCs for the Indian team on Tuesday morning before the Pakistani embassy in New Delhi stamped the visas.

Along with India and the hosts, the West Asia Baseball Cup is set to feature national teams from Sri Lanka, Palestine and Nepal — all of whom were granted visas earlier.

Fakhar said the Nepali squad will also enter Pakistan through the Wagah Border while the Bangladesh will land at the Allama Iqbal Airport on Wednesday. The Palestinian and Sri Lankan sides will land in Islamabad on the same day.

The PBF chief said the visiting sides were competitive baseball units and added that Pakistan, who he believed had struggled due to lack of infrastructure of financial investment in the sport, were also decent as the fifth-ranked team in Asia.