KARACHI: Hascol Petroleum Ltd (HPL) said on Monday it’s been “fully cooperating” with the Federal Investigation Agency (FIA), which is looking into its past activities.

“Much of the information being assessed by the FIA is based on facts, which the company has already chosen to disclose to the Pakistan Stock Exchange (PSX),” according to a press release.

It said the current board and management “should not be included in any allegations”.

In a separate notice to the PSX on Monday, the oil marketing company reported that the Securities and Exchange Commission of Pakistan has appointed a chartered accountancy firm as investigators to carry out a “serious fraud investigation/forensic audit”.

Meanwhile, the Sindh High Court on Monday granted 10-day protective bail to 13 severing and former officials of the National Bank of Pakistan (NBP) in a case initiated by the FIA regarding the allegations of mismanagement in various banks by Hascol in obtaining loans and allegedly wrong utilisation of the same through bogus purchase of petroleum products.

A division bench headed by Justice Mohammad Iqbal Kalhoro allowed 10-day bail against a surety bond of Rs100,000 each and directed them to surrender before the court concerned within stipulated period.

NBP officials Saleem Saleemi, Jamal Baqar, Akbar Hassan Khan and others through their lawyer Arshad Tayebaly moved the SHC stating that they were willing to approach the trial court, but apprehensive of their arrest by the FIA. 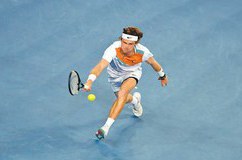