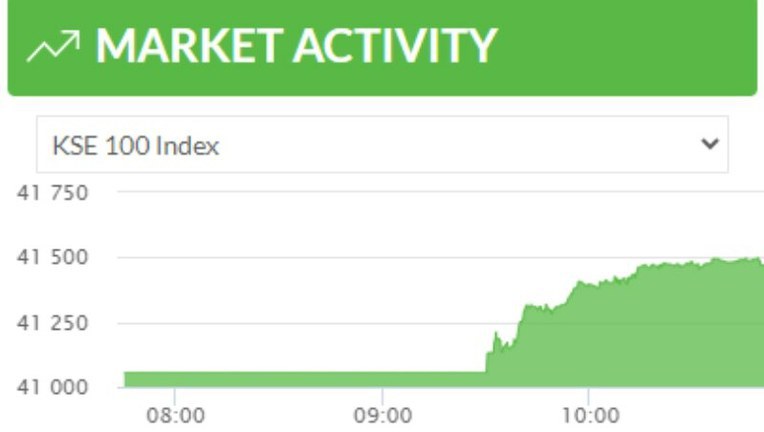 The Pakistan Stock Exchange's (PSX) benchmark KSE-100 index opened in the green on Wednesday after losing over 1,100 points earlier this week, and soared more than 400 points in the early hours of trading after investors regained confidence over hopes Pakistan may exit the FATF's grey list.

Head of research at Intermarket Securities, Raza Jafri, heralded China's assurances of further financial support as a positive for the market. "Negotiations with the International Monetary Fund (IMF) are ongoing to add to the recently announced budgetary measures, and the programme may resume soon," he said.

The analyst added that there were also expectations that this week's review of the Financial Action Task Force (FATF) may lead to Pakistan exiting from the grey list. The global body, which monitors money laundering and terrorism financing, is holding a four-day session in Berlin from June 14 to June 17.

Ahsan Mehanti, director of the Arif Habib Corporation, concurred. "Stocks recovered sharply higher on investor speculations ahead of results of the FATF plenary meeting discussions expected to decide over exit from the grey list," he told Dawn.com.

Meanwhile, Salman Naqvi, head of Aba Ali Habib Securities, pointed out that the market was in a "oversold zone" and is now in "technical correction".

He added that the news regarding the rescheduling of the loan from China enables the market to "bounce back" and investors were hopeful of added financial assistance from the neighbouring country.

The market regained momentum after a bloodbath at the PSX on Monday when the KSE100 index plummeted by 1,134.80 points. Analysts linked the bearish activity to the government increasing taxes on the banking sector in the budget, among other factors.