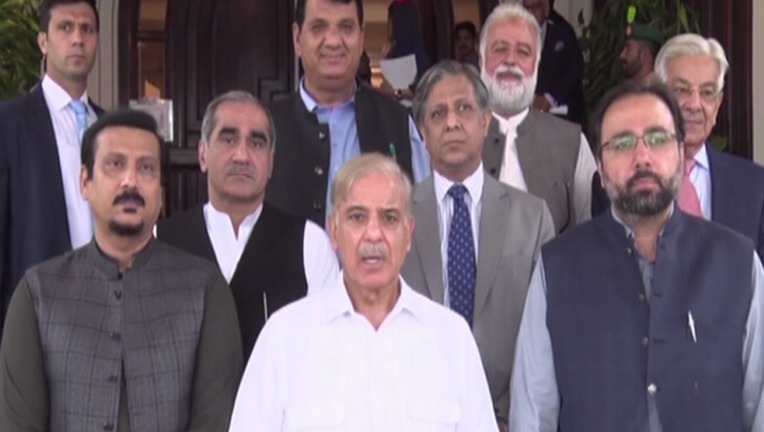 Prime Minister Shehbaz Sharif said on Tuesday that in the budget for the fiscal year 2022-23, the ruling coalition government had decided to redistribute the economic burden on the poor by taxing the rich.

Talking to the media in Islamabad after a meeting of the federal cabinet, he said: "The policy we have formulated in the budget is that we have decided to redistribute the burden on the poor. We will tax affluent citizens so the poor are assured the government is giving them relief by taking different measures and is also taxing the rich."

The prime minister hoped that those who were priviledged would "gladly" lend their support to the country at this critical juncture and demonstrate a spirit of "sacrifice". "The government will collect hundreds of billions of rupees in taxes through this," he added.

"We will not hesitate to take any step which could help strengthen the economy."

PM Shehbaz said that the government had no other option than to take tough decisions, lashing out at the PTI for "violating" the agreement it had signed with the International Monetary Fund (IMF).

The premier also said the country was suffering witnessing a crisis due to the imprudent economic policies of the former PTI government.

The prime minister's statement comes as inflation has soared in the country and with the government hiking fuel and energy prices.

However, to offset the effects of these hikes, the government has provided partial relief in the budget for FY23 to hard-pressed salaried people by doubling the basic threshold of taxable salary to Rs1.2m a year.

At the same time, the government has attempted to raise tax revenues, mostly through directly taxing affluent persons and landholdings of the rich.