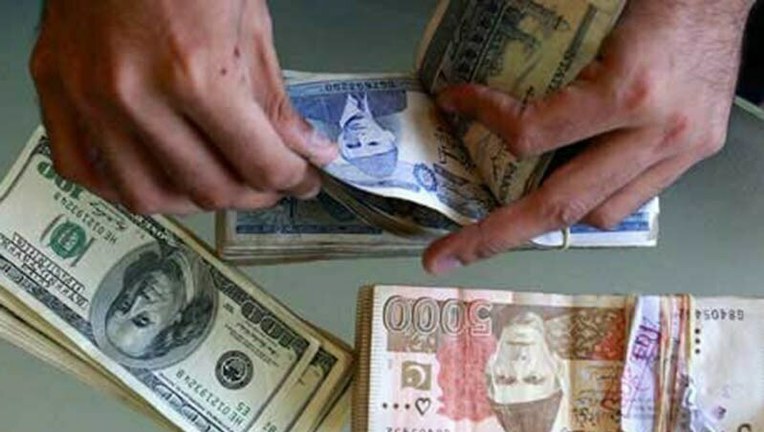 The rupee finally snapped its losing streak against the dollar on Wednesday, gaining Rs1.80 in early morning interbank market a day after the government secured the much-anticipated deal with the International Monetary Fund (IMF).

According to the Forex Association of Pakistan (FAP), the rupee appreciated to Rs210 against the dollar from Tuesday's close of Rs211.80. Yesterday, the greenback was at an all-time high, appreciating by a sharp Rs2.

The development comes after weeks of persistent declines in the rupee's value, which has been largely attributed to the country's rising import bill and depleting foreign exchange reserves.

Zafar Paracha, general secretary of the Exchange Companies Association of Pakistan, credited the rupee's recovery to the good news related to the IMF deal. "Hopefully, once the deal is finalised by the end of this week, it will pave way for loan from China and other financial institutions."

Komal Mansoor, research head at Tresmark, also said that the market was expecting the local currency to rebound from the 212-mark on the basis of the IMF deal, which was exactly what happened.

"With the tax reform and petroleum levy implemented, there is no other major hurdle," she noted, confident that the market sentiment will change from "extreme negative to neutral" and eventually positive.

The IMF loan facility had been stalled since early April as negotiations with the international money lender remained inconclusive, with the lender earlier expressing reservations over fuel and energy subsidies introduced by the previous PTI government and now over targets set by the new government for the upcoming fiscal year.

However, in a breakthrough last night, Pakistan reached an agreement with the programme on the federal budget for 2022-23, leading to revival of the extended fund facility (EFF) after authorities committed to generate Rs436 billion more taxes and increase petroleum levy gradually up to Rs50 per litre.

Earlier, IMF Resident Representative in Pakistan, Esther Perez Ruiz told Dawn: "Discussions between the IMF staff and the authorities on policies to strengthen macroeconomic stability in the coming year continue."

The IMF mission will finalise monetary targets with the State Bank over the next couple of days and, in the meantime, share the draft of a Memorandum of Economic and Financial Policy (MEFP).