Search
Hapka.info: Main page » Business »  Nothing wrong with taxing the rich, sacrifice must be shared: Miftah

Nothing wrong with taxing the rich, sacrifice must be shared: Miftah 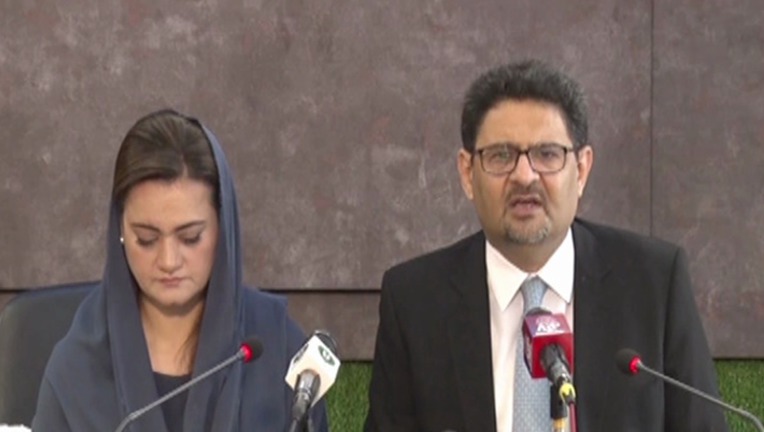 Finance Minister Miftah Ismail said on Thursday that there was nothing wrong with taxing the affluent because they were "able to pay" as he talked about the government imposing additional taxes on industries and wealthy citizens.

"In Pakistan, it is the poor who have always suffered the burden of taxes," he pointed out at a press conference in Islamabad alongside Information Minister Marriyum Aurangzeb.

"But the Shehbaz-government has decided to impose taxes on the incomes of the rich. This time, we will ensure that the sacrifice is shared," he said, adding that this was evident in the "progressive" and "historic" budget unveiled for the new fiscal year.

The minister said the government had decided to impose additional taxes on the rich and some industries — one of them being the sugar industry.

"Taxes have been increased on companies owned by the prime minister's sons. Even my company will have to pay more taxes now," he said, without elaborating further.

Earlier this month, the minister presented the coalition government's federal budget 2022-23 in the National Assembly, which had a proposed an outlay of Rs9.5 trillion, almost a trillion rupees higher than last year's outlay.

However, there had been a delay in passing the budget due to reservations by the International Monetary Fund (IMF) over the expenditures projected by the authorities.

On Tuesday, Pakistan and the Fund reached an understanding on the budget after authorities committed to generate Rs436 billion more taxes.

In today's press conference, Ismail reiterated that Pakistan had successfully reached an understanding with the IMF over the budget.

"Tomorrow (Friday), I will deliver a winding up budget speech in the NA after which we will close the budget."

The minister said Pakistan had a habit of taking money from other countries which had resulted in an increase in the country's overall deficit.

"This progressive budget will diminish our dependency on loans and funds and make us truly independent."

The finance minister said the government had been forced to take tough decisions because of the economic policies of the former PTI government.

"Imran Khan and his party led Pakistan towards the four biggest historic budget deficits," he said, claiming that the difference between expenditures and taxes was the highest in the country's history during the PTI's tenure.

"The people who lecture us today, I want to tell them that you left the country on the brink of collapse. I have never before seen such a touch and go situation in Pakistan. You left a deficit of billions of rupees. Where was your concern for the nation then?"

The minister claimed Imran reneged on his agreement with the IMF when he discovered he would lose the no-trust vote, leaving the country on the verge of defaulting.

"You say people should not be neutral [...] you should be pro-Pakistan in that case."

The minister went on to say that the coalition government worked day and night to bring the country out of the dire economic situation. "The stock market is up, the rupee is recovering and slowly we are becoming financially stable."

Ismail admitted that inflation was still very high in Pakistan, but promised that "in a month or two", the situation would be brought under control.