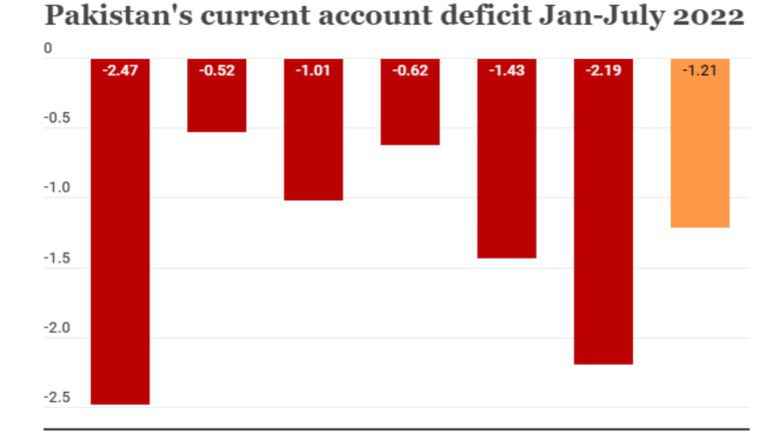 Pakistan’s current account deficit shrank to $1.2 billion in July compared to $2.2bn in June — a 45.45 per cent month-on-month drop, data released by the State Bank of Pakistan (SBP) on Wednesday showed.

The SBP attributed the decline to a sharp drop in energy imports and continued moderation in other imports.

“The narrower deficit is the result of wide-ranging measures taken in recent months to moderate growth & contain imports, including tight monetary policy, fiscal consolidation & some temporary administrative measures,” it said in a tweet.

However, the current account deficit increased 42pc year-on-year. A deficit of $851 million was reported in July 2021 compared to $1.1bn this year, web-based financial data and analytics portal Mettis Global reported.

The trade deficit decreased by 9pc year-on-year, according to the Mettis Global report.

It also noted that workers’ remittances, which it termed the economy’s backbone, declined by 9pc month-on-month, coming in at $2.52bn in July compared to $2.76bn in the previous month.