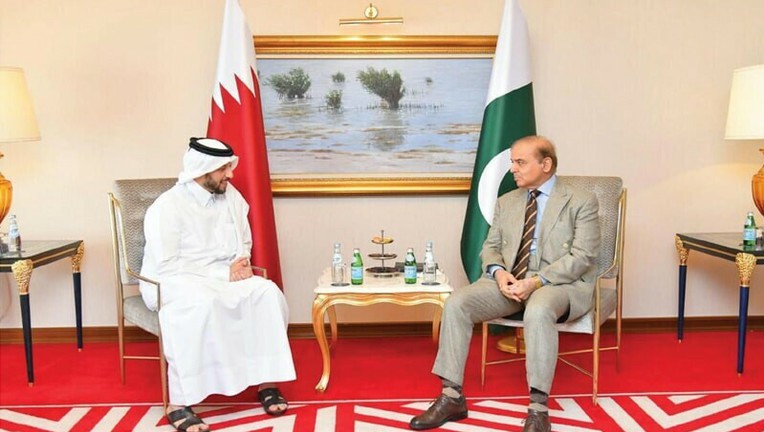 Pakistan is in economic turmoil and faces a balance of payments crisis, with foreign reserves having dropped as low as $7.8bn, barely enough for more than a month of imports. The country is also contending with a widening current account deficit, depreciation of the rupee against the US dollar and inflation that hit more than 24 per cent in July.

“The Qatar Investment Authority announced its aspiration to invest $3bn in various commercial and investment sectors in the Islamic Republic of Pakistan,” the Emiri Diwan said, without giving details.

The announcement was made during a visit to Doha by Prime Minister Shehbaz Sharif, who held official talks with Qatari Emir Sheikh Tamim bin Hamad al-Thani on Wednesday after a meeting with the QIA on Tuesday.

“His Highness stressed the importance of the brotherly and strategic relations between the two countries and their aspiration to enhance economic partnership by raising trade exchange and promoting investments through the Qatar Investment Authority,” the Emiri Diwan said.

The prime minister’s visit to Qatar precedes an International Monetary Fund meeting next week that is expected to approve more than $1bn in financing that has been stalled since the beginning of the year.

He had previously said he would highlight sectors including renewable energy, food security, industrial and infrastructure development, tourism and hospitality.

Sources close to the premier have said he was expected to offer Qatar shares in state-owned enterprises including the loss-making Pakistan International Airlines and the Roosevelt Hotel in New York.