PKR slides by Rs1.22 in interbank 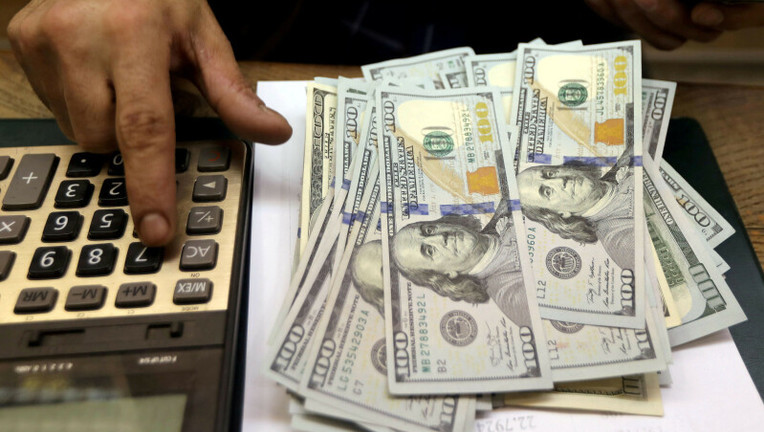 The PKR continued to lose its value on Thursday, with analysts attributing the fall to a higher demand for dollars, particularly by travellers flying to the United Arab Emirates.

Komal Mansoor, head of research at Tresmark, said demand for dollars in the open market was “creating a stir” in the interbank.

“Higher import duties and the new regulation on carrying dirhams have led to a surge in dollar demand in the open market,” she said, referring to a new condition requiring Pakistanis travelling to the UAE to carry 5,000 dirhams with them.

She said traders should keep in mind that the rupee would readjust its parity after the International Monetary Fund’s Executive Board approved the loan tranche for Pakistan, which is expected later this month.

Saad bin Naseer, director of web-based financial data and analytics portal Mettis Global, said the rupee was witnessing volatility in the open market due to rising demand pressures from travellers and students exchanging local currency into dollars at exchange counters.

Naseer said demand for the dollar was stable in the interbank market as aggregate demand in the economy had slowed down, which meant that there was no pressure on the greenback from importers.

“Eighty per cent of the people travelling from Pakistan to the UAE are doing so to take connecting flights. They do not need those 5,000 dirhams. Then, 18pc Pakistanis are permanent residents so they do not need 5,000 dirhams either. It has not led to an increase in the demand for dollars.”

He said there were two reasons for the shortage of dollars — the government’s lifting of the ban on the import of non-essential and luxury items and the smuggling of the greenback into Afghanistan.

“Exchange companies were previously surrendering between $25-30 million in the interbank market which has now been reduced to $2-3m. The currency is being smuggled to Afghanistan because of higher rates there,” the currency dealer said.

Paracha said there was a “severe” shortage of dollars and the difference of Rs10-11 between the open market and the interbank market had “never been seen before”.

However, the rupee again started falling from August 17. It had lost Rs3.5 till Aug 24 (yesterday).