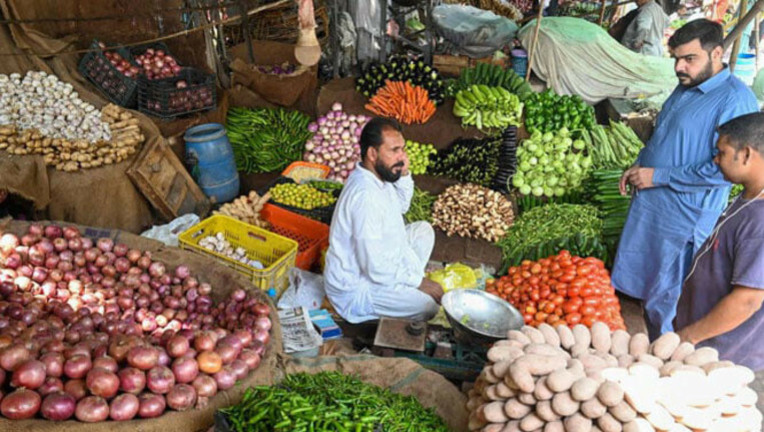 Short-term inflation, measured by the Sensitive Price Indicator (SPI), eased slightly to 0.62 per cent week-on-week (WoW) in the week ending on November 17, mainly due to a decline in the prices of some food items, including tomatoes, pulses and cooking oil.

Data released by the Pakistan Bureau of Statistics (PBS) on Friday showed that the year-on-year (YoY) increase in weekly inflation was recorded at 28.67pc.

The annual increase in SPI has been on the decline for some time, falling from a peak of 45.5pc in the week ending Sept 1. Last week, YoY inflation was measured at 29.24pc.

The SPI monitors the prices of 51 essential items based on a survey of 50 markets in 17 cities across the country. During the week, the prices of 23 items increased, 13 decreased and 15 remained unchanged.

The annual CPI inflation surged to 26.6pc YoY in October after it slowed to 23.2pc in September from a 49-year high of 27.3pc in August as the country continued to be in the grip of high food and transport prices.

Soaring vegetable prices, especially onions and tomatoes, due to damage to standing crops caused by the floods and a massive hike in electricity rates contributed to pushing up inflation in recent weeks.

Last month, the Food and Agricul­ture Organisation (FAO) of the United Nations warned that acute food insecurity is likely to worsen in parts of Pakistan due to the negative impact of floods and extremely high prices of basic food items, energy and fuel.