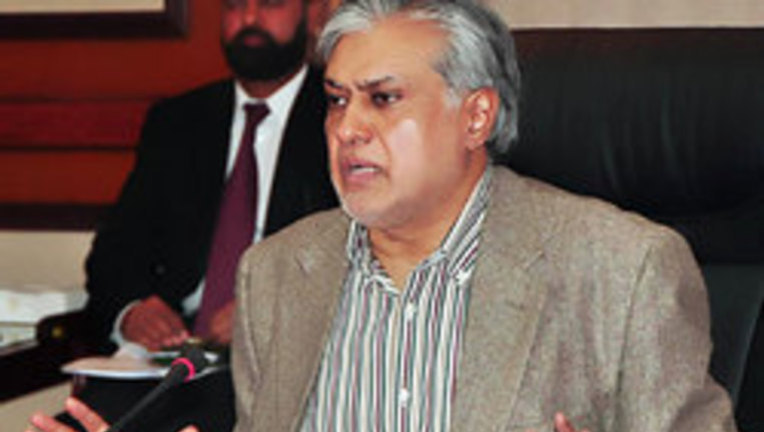 ISLAMABAD: Finance Ministry on Friday notified 9th National Finance Commission (NFC) to work out a mechanism to distribute resources between federal government and the provinces for the next five years.

The nine-member commission is constituted just two months before the expiry of the existing award, which will end on June 30, 2015. The delay is attributed to nomination of technical members on the NFC by two provinces.

An official statement of the finance ministry said that the first meeting of the 9th NFC would be held on April 28 at Prime Minister Secretariat. Finance Minister Ishaq Dar would chair the meeting.

Dar will be the chairman of the new NFC, which will comprise of four provincial finance ministers and four technical members.

The technical members of the provinces notified include Dr Aisha Ghaus Pasha, MPA from Punjab; Saleem Mandviwala, former chairman Board of Investment from Sindh; Professor Mohammad Ibrahim Khan from Khyber Pakhtunkhwa and Dr Qaisar Bangali from Balochistan. An official source in the finance ministry said no meaningful discussion is expected in the first meeting. “The focus will be on a proposal to extend the duration of the present award for one more year for distribution of resources,” the official added.

According to the source, it is not possible to work out a new agreed formula for distribution of resources in a period of two months. “The whole exercise will involve a lot of deliberation and discussion before reaching to an agreed formula,” the source added.

The NFC Secretariat, situated at the Ministry of Finance, has notified the constitution of the NFC with its terms of references (ToRs) under Article 160 (1).

The NFC may also consider any matter relating to finance referred to the commission by the President.

Through the SRO issued on Friday, the finance minister also dissolved earlier two notifications SRO676 of 2010 and SRO773 of 2011 which were issued for the constitution of 8th NFC.