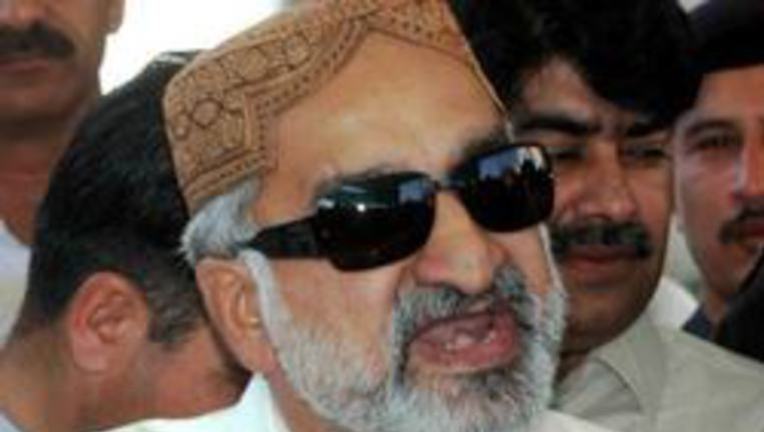 KARACHI: Dr Zulfikar Mirza, the disgruntled leader of the Pakistan Peoples Party and former home minister, was on Wednesday given a last chance by the Sindh High Court to appear before the trial court till May 9 with regard to four criminal cases registered against him for allegedly attacking a police station and forcing shopkeepers to shutter down in the Badin district.

A two-judge bench headed by Chief Justice Faisal Arab extended Mirza’s protective bail till May 9 directing him to appear before the trial court for further remedy.

According to Additional Advocate General (AAG) Mustafa Maheser, the chief justice also expressed displeasure over the display of firearms by the guards of the disgruntled PPP leader who was disowned by his party for his utterances about PPP Co-chairperson Asif Ali Zardari.

The proceedings on Mirza’s petition and a contempt of court application were delayed as one of the members of a division bench comprising Justice Naimatullah Phulpoto and Shaukat Memon declined to hear the matter and referred it to the chief justice.

Later, the bench headed by the chief justice took up the matter inside the CJ’s chamber after court timings with AAG Maheser and Mirza’s counsel Advocate Ashraf Samoo forwarding their arguments.

Advocate Samoo said he prayed to the court to extend the protective bail of his client for at least 10 days.

However, the AAG vehemently opposed the prayer and told the judges that a “mini rebellion” had been launched in the district by the petitioner and his supporters.

He said that the petitioner had created a law and order situation and state of panic in his home district.

In his constitutional petition seeking protective bail in the recently lodged cases against him, Dr Mirza submitted that the Badin police illegally arrested a businessman, Nadim Mughul, who is also his supporter, and snatched from him Rs5 million, his licensed weapon and registration documents of his car.

He said that the police did not lodge the complaint of his supporter, who was also allegedly maltreated by the police.

Petitioner Mirza said when he visited the police station to inquire about the maltreatment meted out to his supporter, he and his supporters were booked in criminal cases.

He said that at present he was at his house in Badin, and his residence was surrounded by a large number of policemen belonging to different police stations.

Apprehending his arrest, he asked the court to restrain the police from arresting him in “fabricated cases”.

He said that SSP Rao Anwar was a close associate of Mr Zardari and alleged that the police officer was posted in Badin with the task to kill him in a fake encounter with police.

The disgruntled PPP leader, who recently hurled a number of allegations against Mr Zardari, said that he wanted to appear in court to prove his innocence in the cases, but apprehended that he would be arrested by the policemen present outside his residence.

Advocate Samoo later told newsmen that he told the judges that the Badin police besieged the farmhouse of Mirza to arrest him despite the fact that he was out on bail.

He said he had moved a contempt of court application against the relevant authorities for attempting to arrest his client despite court’s restraining order.

However, it was disposed of, Advocate Samoo added.