BADIN: The Badin district and sessions judge on Saturday extended the interim pre-arrest bail of former home minister Dr Zulfikar Mirza and his 72 associates till June 2.

The court had earlier granted protective bail to Dr Mirza and others till May 23.

Dr Mirza did not appear before District and Sessions Judge Ghulam Rasool Samoon.

However, his counsel, Advocate Muhammad Essa Mallah, appeared on behalf of the disgruntled Pakistan Peoples Party leader and submitted that a heavy contingent of police came to his office in eight police vans and asked about Dr Mirza and others.

He said that police also surrounded the court premises and various places of Badin in order to arrest the applicants/accused and did not permit them to appear in court to face their bail applications.

The counsel submitted that his clients had full regard of this court and they were attending various courts — the Sindh High Court and the antiterrorism court — in Karachi.

He requested the court to extend the bail as his clients were unable to appear in court due to security reasons and threats to their lives.

The court extended the pre-arrest bail till June 2.

Earlier, a strike call given by supporters of Dr Mirza in Badin against an alleged police raid on his Karachi residence and the registration of a fresh case against his close aide got a mixed response.

Shopkeepers, who earlier in the day were not ready to open their shops and trade centres, were assured by police of full protection.

The police patrolled roads and streets of the city to maintain peace.

The strike call got a partial response in Kadhan and Kario Ghanwar towns, where shops were closed for a few hours.

While Golarchi was shut after some miscreants fired into the air to spread panic.

SSP-Badin Khalid Mustafa Korai told Dawn that the police deployment was made in Badin and other towns as previously Dr Mirza and his supporters vandalised the shops of their opponents.

He said that situation in the city and other towns of the district remained under control.

At least 10 more supporters of Dr Mirza were arrested in Badin.

Panah Mallah and his two sons, Deedar Ali and Shahjahan Mallah, were arrested outside the district and sessions court before they appeared in court to seek bail in one of the FIRs registered against them.

A large number of PPP workers staged a protest demonstration outside the Badin judicial complex on Saturday.

They demanded the rejection of bail of Dr Mirza and others in several criminal cases.

He said that by levelling baseless allegations against Ms Talpur Dr Mirza had crossed all limits of decency.

He said Dr Mirza was using his MNA wife as a shield to save himself from being arrested.

Dr Memon demanded that the party leadership get resignations from Dr Fehmida Mirza and her MPA son Barrister Hasnain Mirza.

He said that the people of the district had become sick of the politics of the Mirzas. 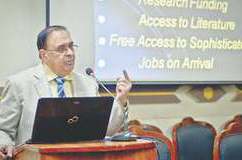 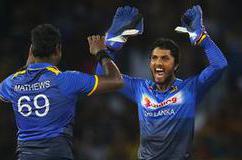