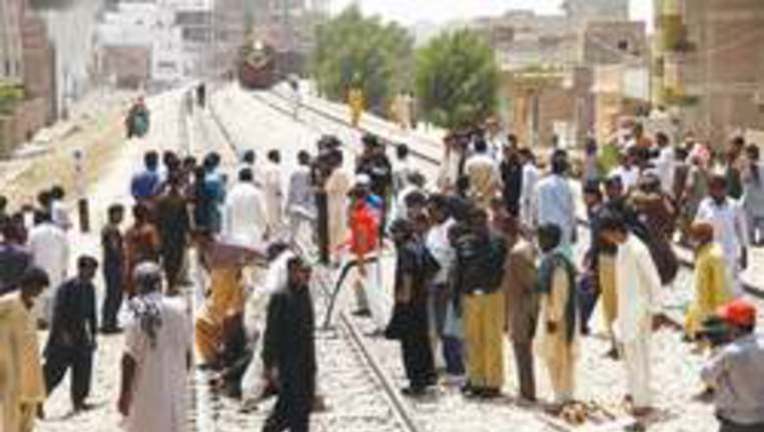 HYDERABAD: Two explosions caused disruption in rail traffic on the Hyderabad and Nawabshah sectors on Wednesday. Negligible damage to tracks was reported from the two blast sites. A suspect was detained in the early hours of the day in Kandhkot when police found him carrying a firecracker and sitting on the tracks.

In Hyderabad, a low-intensity blast occurred at 1.10pm on a track passing through Bengali Colony on its one side and Autobhan Road on the other. The blast led to the suspension of the rail traffic for a few hours. A Karachi-bound goods train was to pass through the area when the blast occurred. Another goods train bound for Hyderabad was halted at a distance from the blast site.

Bomb disposal squad officials didn’t find any evidence of explosives being used but believed that it was of cracker. No device was found at the site, they said.

Railway officials who inspected the site said that trains could be run safely on the sector even without carrying out the repair work.

In Nawabshah, a similar explosion on the main railway line near the town caused suspension of the rail traffic for about an hour earlier in the day.

Two goods trains were halted at nearby stations following the blast at the 294-km point near the Nawaz Dahiri station causing minor damage to the track.

Police, railway police and bomb disposal squad officials inspected the site and concluded that locally made explosive substance was used to cause the blast.

Meanwhile, police detained a suspect, Amanat Ali Jakhrani, who was found sitting suspiciously on the tracks near Kandhkot in the early hours of the day. They said the man was carrying a cracker. He was taken to the local police station for interrogation.