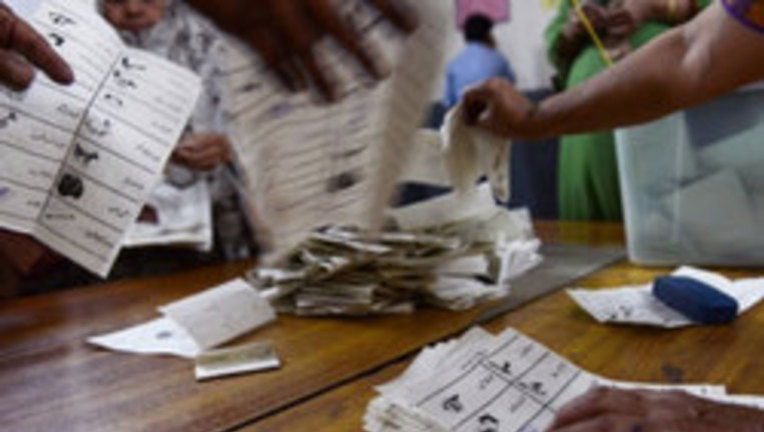 PESHAWAR: With a local court granting bail to Provincial Minister Ali Amin Ghandapur in a case of election-related violence, a report by the district police of Dera Ismail Khan surfaced giving graphic details of the episode which had landed him in prison.

The report reveals how the minister of PTI government forcefully tried to take away bags of ballot papers and used foul language against the female polling staff during his early hour visit to a polling station, on the next morning of the May 30 local government polls.

The minister was granted bail by a judicial magistrate, Khalid Mansoor, on condition of furnishing two sureties of Rs90,000 each. A day earlier, he was allowed bail in another case of manhandling a police officer outside a polling station where he had allegedly gone and snatched ballot boxes from the female election staff.

Following acceptance of his bail petitions in the two cases, he was set free from the Dera Ismail Khan jail in the presence of a large number of PTI activists.

The report submitted by the district police officer to the regional police officer, a copy of which is available with Dawn, reveals how the PTI’s Revenue Minister Ali Amin Gandapur entered a polling station in Himat village in violation of code of conduct on the very next morning of elections along with his uncle Umer Kundi and brother Faisal Amin.

The minister, who was drunk, misbehaved with the female polling staff and tried to forcefully take the bags full of ballot papers, the police report alleges.

The minister also have reportedly abused and manhandled SHO Saifur Rehman when he tried to stop him. The police official, the report says, refused to continue his service if FIR was not registered against the minister.

The report says that when DPO reached there to stop him, the minister, coming out of the polling station, did not listen to the police official and rushed into his bullet proof car. It was some 200 enraged villagers, who pelted at his car and stopped it as they lied down on the road. The people were angry at his visiting a polling station at early hours, misbehaving with the female polling staff, his firing and taking away of ballot papers.

It took more than two hours to negotiate with the people and calm them down. They enraged mob demanded that ballot papers should be retrieved and recounted, FIR should be registered against the minister for snatching ballot papers and another for injuring a woman with a stray bullet. They also demanded registration of FIR against the minister for abusing female polling staff.

The police report says that they accepted some demands of the people including retrieval of ballot papers and their impartial counting. It says that they agreed to register FIR after the injured woman was admitted to a hospital. Police also agreed to register FIR against him for snatching ballot papers while FIR for abusing the female staff would be lodged when the presiding officer would file a written complaint with the SHO in that regard.

The demand of people for prompt arrest of the minister was rejected, the report says. It adds that going to polling station at early hours by sitting minister was a violation of code of conduct and the minister was also accompanied by his maternal uncle, who was also returning officer, which created suspicion that some kind of rigging would occur.

The minister went there without informing the local authorities. Police also did not use force because his vehicle was surrounded by the angry mob. The minister was sitting in his bullet proof and bomb proof car so police considered it best to let him stay inside for his own security in view of the angry mob surrounding his vehicle, the report says.