Sick of love triangles on TV? We love Faysal Qureshi's Mol for rising above 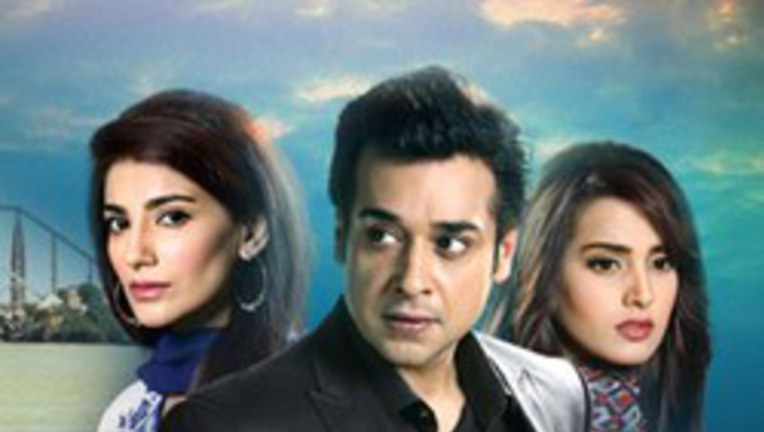 HUM TV’s latest drama Mol was the subject of intense speculation before even a single scene was shot.

In the heady days after the phenomenal success of Humsafar, rumours surfaced that this might be the serial to reunite the nation’s favourite jodi, Fawad Khan-Mahira Khan, with the added buzz of everyone’s favourite, Sanam Baloch, in its cast.

However, the excitement died down as Fawad left for Bollywood and the cast changed entirely. Whether it’s the novel pairing of Faysal Qureshi and Naveen Waqar in the lead, award-winning writer Amna Mufti’s well-crafted script, or director Ilyas Kashmiri’s efficient handling of this original story by Faysal Manzoor Khan, this serial is making waves.

Mol is essentially about balancing the rights of the individual with the demands of society.

Shahryar Hassan’s (Faysal Qureshi) family insists he marry his much younger cousin Sajal (Iqra Aziz), and in his desperation to escape a union he has absolutely no interest in, he applies for a transfer from Karachi to the provincial but ancient city of Sukkar. As a Deputy Commissioner, he meets Imtiaz Saheb (Munawer Saeed), his subordinate in Sukkar, and asks to learns about the special secrets that every city is said to hold.

A chance meeting with Imtiaz Saheb’s daughter Emaan, a teacher at a school for special needs children, sets up a chain of events that lead to their marriage. Shahryar’s father (Nadeem) and mother (Ismat Zaidi) are reluctant witnesses to the event, leaving immediately after the Nikkah and disowning their son while outright rejecting any connection with Emaan whom they consider an unwelcome usurper of their own choice, Sajal.

As with most families, though, they cannot maintain the distance long. While Sajal and her parents recover from this hurtful rejection, their families try to mend the rift but a chance encounter of Sajal and Emaan at a Karachi mall opens up the barely healed wounds again.

Superficially, Mol could easily be one of those doosri biwi tropes so beloved of our producers. One can hardly blame them when audiences lap up these rote melodramas with their exhausting “Who will make the breakfast chai /paratha?" competitions and “Woh MERA hai” declarations. Meanwhile, the ‘choonna kaka’ husband sits in a corner sucking his thumb wondering when the 'bholi larkiya' he fell (it is never deliberate or his fault) into marriage with turned into such avenging viragos.

But Mol has a lot more going for it: rich, detailed characterizations reminiscent of the more thoughtfully written dramas of the past, some excellent studied performances from a highly talented cast and a sense of focus on the narrative that captures the viewers’ attention.

A fascinating subtext is woven into the lives of these characters through the ancient Sindhi legend of Lilan Chanesar. Tradition has it that Raja Chanesar loved and spoiled his wife so much they could never be parted. His queen Lilan had a weakness for jewellery and gold and agreed to let a princess, Kaunru, spend a night with him in exchange for the princess’s Naulakha Haar. Outraged at being used in this way, Chanesar abandoned Lilan and married Kaunru but as time passes he meets the repentant Lilan again .The legend ends in the death of the king and queen, but it will be interesting to see how this plays out in the characters of Mol.

Who will be Lilan, who will be Chanesar and perhaps more intriguingly who or what will be the Naulakha Haar?

Faysal Qureshi proves his versatility once again, playing the contained, stubborn and deeply individual Shahryar Hassan with polished brilliance. This is a man who keeps his own counsel, and resists defining his feelings for Emaan as love if it would mean ceding any part of his independence.

Emaan is played with vision and clarity by the lovely Naveen Waqar.

If there were only one reason to watch this serial, it would be Waqar’s Emaan: her dialogue delivery and expressions mold this character just as much as the writer’s dialogues, leaving the impression of a strong, level-headed young woman who meets life with joy and reason in equal measure. She treats her disdainful in-laws with respect, not from fear or duty but from a position of power born from years of confidence and ability. She is uncowed by her husband’s wealth but like any woman she is profoundly vulnerable to any hint of his indifference. She is a welcome relief from all the sainted, mazloom women and their trite “rishton ki ehmeeyat" speeches or ‘bholi larkiyan’ we are so often told constitute Pakistani womanhood.

Naveen Waqar and Faysal Qureshi create a refreshingly new dynamic as a couple who aren’t searching for love as much as they are seeking to understand one another as people.

The counterpoint to Emaan and Shahryar’s relationship is Sajal, who is played with surprising maturity of performance by Iqra Aziz who manages to look every inch the naïve young ingénue and yet give a hint of deeper passion than the two more rational leads. Aziz is no doubt a very talented actress who must be an asset to any production. Sajal is cast in a very traditional mold; she has been trained to be pleasing to accommodate. Her parents have literally stunted her personality so that she follows their wishes, never questions them and does not look beyond her older cousin at the wide world around her.

The rest of the cast is rounded out by film star Nadeem, who plays Shahryar’s father with an icy fire that leaves no room for doubt that he is the major antagonist in this story, and Munawer Saeed as Emaan’s liberal father who has raised his daughters with confidence and reason. The fathers make an interesting contrast: the rich elite class Nadeem determined to maintain his control over his son by force and the middleclass Munawer Saeed relies on the training he has given his daughters to guide them.

Apart from a few strangely incongruous dialogues that seemed forced into the heroine’s mouth in the first two episodes, this serial hasn’t missed a beat.

Amna Mufti’s script has a firm grip on the story and is painting a nuanced multi-layered picture of the lives of these protagonists. For the most part Ilyas Kashmiri’s efficient but subtle hand has made this a story come to life without drowning it in the usual clichéd style reserved for love triangles. His wonderful framing and cinematography has made Sukkar and the river Indus look fascinating. If anything, at times he has been too subtle almost losing the air of magic that the scenes by the river required and not using the proposal scene at Sadhu Bela Temple to full advantage. But just like the actors' controlled performances, his excellent execution of this story has made it compelling viewing.

At first glance, Mol has all the makings of a popular potboiler. The usual identifying screen shot for the serial shows us Faysal Qureshi standing between two women, Iqra Waheed and Naveen Waqar, in standard love triangle pose. This trope has become so familiar that regular drama watchers can decipher exactly who the hero prefers from the inclination of the his head on in the graphic.

But over the course of six episodes, Mol has proven itself to be a cut above the rest; if the team can maintain this momentum, it promises to make Saturday nights much more entertaining.