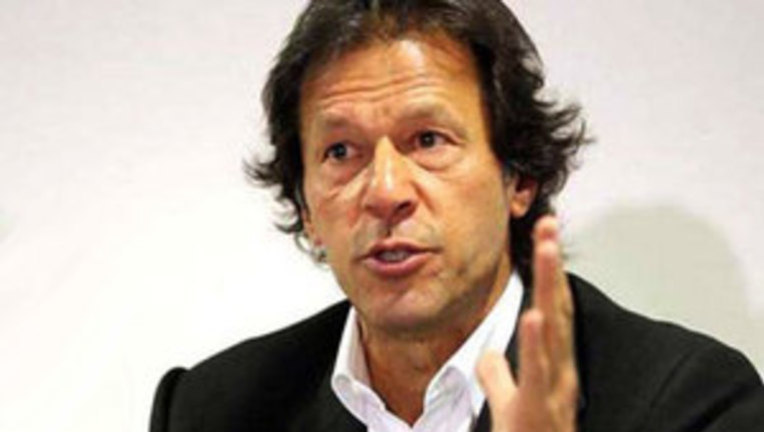 Sanaullah’s allegation— which Malik refuted immediately on the TV show — was understood to have been an explanation for why the tribunal judge gave a verdict against former National Assembly speaker Ayaz Sadiq, who was stripped off his NA membership on Saturday.

Responding to Sanaullah’s claim, the tribunal judge denied the allegation vehemently on a private television channel, and challenged the PML-N minister to present evidence to back his assertion.

“Neither my son nor I have any affiliation with any political party. If Rana Sanaullah can produce evidence that my son is even a member of the PML-N, I will tender my resignation.”

Taking notice of Sanaullah’s allegations and Malik's denial on media, Imran Khan set out to Twitter late night, saying the minister’s remarks were proof that the “PML-N used pressure tactics and bribes to fix election results.”

In a series of tweets, Khan said: “Election tribunal judge Kazim A Malik stated on TV he is being threatened by PML-N; which shows how ET judges have been under pressure from PML-N.”

Imran goes on to say that in his judgment on NA-122 polls, Kazim A Malik “states how he had to struggle against demands of doctrine of necessity to stand for truth and justice.”

The PTI chief said the episode reflected he was “right in demanding Nawaz Sharif’s resignation as a necessary factor to get justice in the election inquiry.”

Imran Khan said attacks like those on Kazim Malik were nothing new for the PML-N, which had attacked former chief justice Sajjad Ali Shah as well.

But PTI in contrast accepted the Judicial Commission’s report, he said, “even though the verdict did not reflect the findings.”