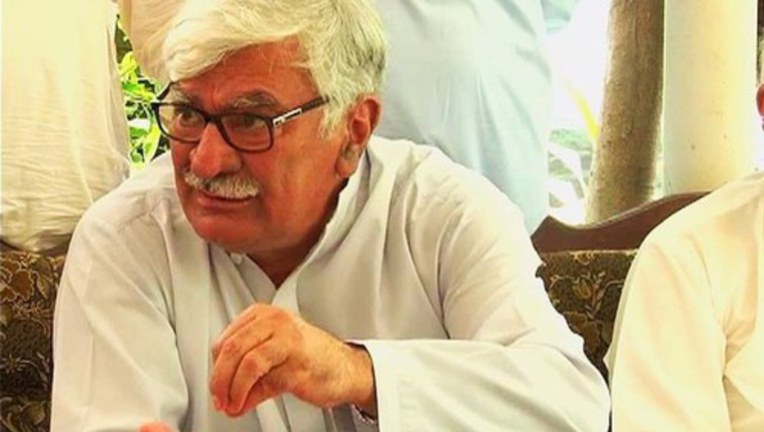 ISLAMABAD: Condemning a bomb blast in a bus carrying provincial government employees in Peshawar on Wednesday, Awami National Party president Asfandyar Wali Khan has alleged that the PTI-led government has handed over the province to terrorists.

“Khyber Pakhtunkhwa has become a safe haven for terrorists under the present government,” he said in a statement.

The ANP president said had a judicial commission been formed after the attacks on Peshawar’s Army Public School and Bacha Khan University in Charsadda to fix responsibility the terrorists’ network could have been weakened.

“It seems that the judicial commission is not being constituted to protect the terrorists and their patrons.”

Mr Khan alleged that members of the coalition government were busy in distribution of powers and the province had been handed over to terrorists.

He claimed that even provincial ministers and MPAs were paying extortion to terrorists due to which police and local administration had become weak. Terrorists, he said, were carrying out their activities freely as the morale of police was down.

He said that “factories producing terrorists” could not be eliminated without taking stern action against those with “a particular mindset” in urban areas of the province. He said that complete peace could only be restored in the country in general and KP in particular by implementing the National Action Plan.

The ANP chief said leaders and workers of his party had rendered great sacrifices to get Pakistan rid of terrorism and they had continued operations against terrorists despite facing obstacles.

“The king of KP is issuing orders to his slaves while sitting in Bani Gala (Islamabad) whereas the Amir of Jamaat-i-Islami is busy in wasting time in his personal publicity while sitting in Mansoora and thus proving helpful to the terrorists,” he said in his apparent reference to PTI chief Imran Khan and JI chief Sirajul Haq, the two parties which are coalition partners in the KP government.

Mr Khan said that the nation and national leadership were united to fight against terrorism, but due to “certain elements” they were facing difficulties in achieving the target.