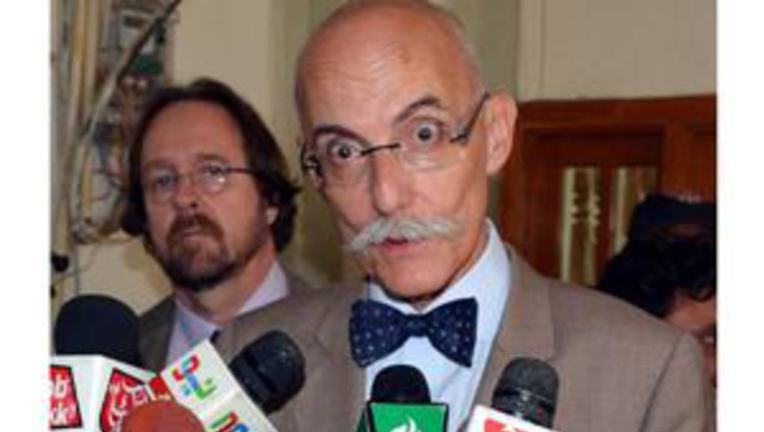 Talking to journalists here on Thursday evening, he said the EU desires long-lasting peace and stability in Pakistan and is ready to extend full cooperation to achieve these goals.

He said that Pakistan had suffered a lot economically due to terrorism and the launch of the military operation and implementation of the National Action Plan (NAP) had given way to a hope for the elimination of terrorism from the country. He stressed the need to implement the NAP in letter and spirit.

He said that Pakistan is signatory to international conventions on labour laws and human rights and it must also pay attention to implementing those in letter and spirit.

The EU envoy said that the Pakistani government had set up cells that would ensure implementation of the international conventions. These would help improve the human rights conditions across the country, including Balochistan, he hoped.

Referring to the human rights situation in Balochistan, he said that the EU always had taken up this issue with Pakistani authorities and during the last two days, he had also discussed it with officials concerned in Quetta.

Mr Cautain said he had observed in these meetings that everyone wanted peace and stability in the province. Referring to the death penalty in Pakistan, he said that all countries in the EU were against the death penalty. “We have a strict policy on the death penalty,” he said, adding that though Pakistan was passing through a difficult time, the EU believed the death penalty could not reduce crime.

In reply to a question regarding the recent arrest of the RAW agent, he said it was the desire of EU that peace should be promoted between Pakistan and India. He said that member countries of the EU had influence over India and Iran but bringing them on the same page over the issue will take time.