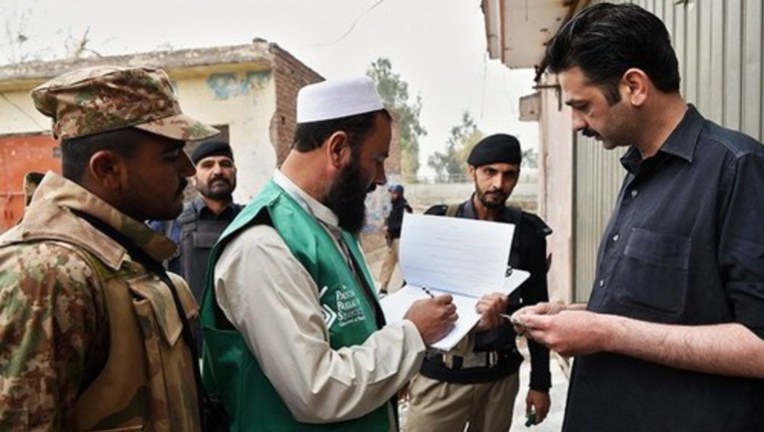 Witnesses said a team visited the house of Saeed Ahmad Bajwa to fill census form. Three men Zaheer, Nadeem and Bilal mistook the visit to Bajwa, who was on bail in a narcotics case, as a police raid. They allegedly misbehaved with the team and ran away.

After receipt of information, DSP Azhar Yaqub and Gojra Saddar SHO Saeedur Rehman chased the suspects and arrested them. Police recovered an unlicenced rifle and bullets from their custody and sent them behind the bars after registering a case.

ACCIDENT: A tractor-trolley driver was run over and killed after it overturned here on Sunday on Kamalia-Chichawatni Road.

Kamalia city police said Muhammad Amin was carrying sugarcane to Kamalia sugar mills. Near Nai Abadi on Kamalia-Chichawatni Road, his trolley overturned and he was run over by it.

KIDNAP: A girl, who had contracted marriage with a youth without the consent of her parents, was allegedly kidnapped by her relatives here on Sunday at Pirmahal.

Police said Maryam had contracted love marriage with ‘Nawaz of Chak 678/19. Her two brothers Allah Yar and Muhammad Absar and two relatives visited the house of Nawaz, bundled her into a car and took her away.

Police are conducting raids to recover the girl and arrest the suspects against whom a case has been registered under section 496 of PPC.

BODY NOT FOUND: Body of a seven-year-old boy, who had drowned in a canal on Saturday at Kamalia, could not be recovered.

Umer Draz, son of farmer Talib Abbas, was playing near his house located close to Burala canal. Suddenly, he fell into the canal and drowned. Efforts are under way to recover the body.