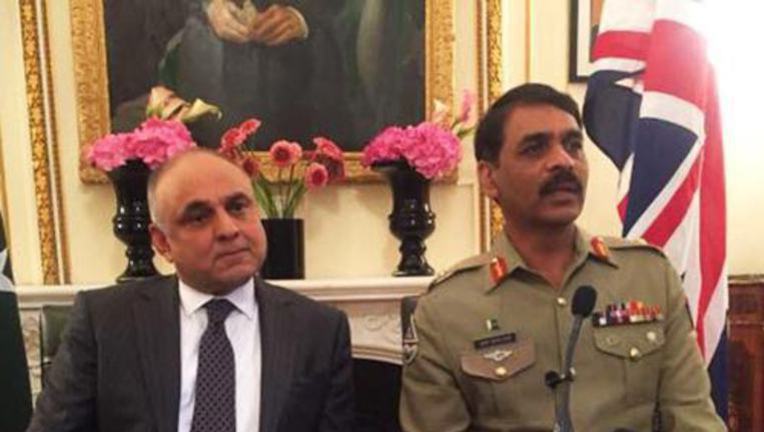 The Army, like every Pakistani, awaits a decision based on justice and merit in the ongoing Panama case, said a tweet by the Inter-Services Public Relations (ISPR).

The military's media wing added that a response by DG ISPR Major General Asif Ghafoor following a question regarding Panamagate was reported incomplete and taken out of context.

A local news publication had reported earlier that Ghafoor had said the Army will accept any verdict that comes in the Panamagate case.

The army spokesman was quoted as saying that no matter what the verdict is, the decision will be accepted by everyone, including the Army.

The head of military's media wing had held a press briefing in London during Chief of Army Staff General Qamar Javed Bajwa's visit to the United Kingdom.

The Supreme Court of Pakistan said on February 23, after both the defence and prosecution completed their arguments, that it would reserve its verdict on the Panamagate case and issue a detailed judgement.

Judgement in the case has not yet been given by the apex court.

The case pertains to investments allegedly made by Prime Minister Nawaz Sharif and members of his family in Mossack Fonseca, an offshore investment company.

The case filed by various petitioners — Pakistan Tehreek-i-Insaf chief Imran Khan, Jamaat-i-Islami emir Sirajul Haq and Sheikh Rashid Ahmed — essentially seeks disqualification of Prime Minister Nawaz Sharif over his alleged misstatement in his address to the nation on April 5 and his speech before the National Assembly on May 16, 2016.

The petitioners claim that the prime minister lied about the investments made by his children in offshore companies, which led to the acquisition of four apartments in London’s upscale Park Lane neighbourhood.

The investment came to light as part of a massive leak of secret files from a Panamanian law firm that is a specialised consultant dealing in the setting up of offshore companies in tax havens.

According to documents available on the International Consortium of Investigative Journalists (ICIJ) website, the PM’s children — Mariam, Hasan and Hussain — “were owners or had the right to authorise transactions for several companies”.