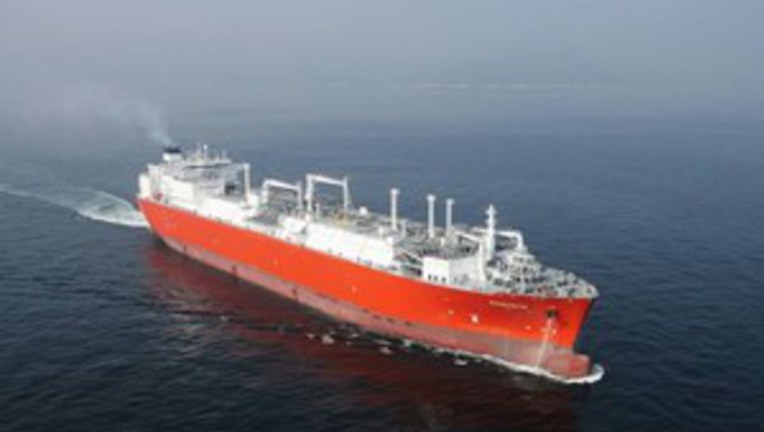 The government has been postponing shipments of LNG secured in January through competitive bidding from Gunver and ENI because of the infrastructure shortfalls. It has already delayed four LNG cargoes to October. These were originally planned for July.

The suppliers are reported to have warned the government to make arrangements for LNG off-take, cancel the bids or get ready for penalties. An official, however, claimed the government had the window until December to keep these bids secured.

The LNG shipment from the second terminal were expected to be fed to three mega LNG-based power projects in Punjab – Bhikki, Balloki and Haveli Bahadur Shah – of 1,200-megawatt each. While one of these projects has its own technical problems, the other two are also currently in the partial testing phase.

Shipments from the terminal were to be fed to three LNG-based power projects of 1,200MW each

“Under the agreement, June 30 is the commercial operation date. We will talk about this on July 1,” said Petroleum Minister Shahid Khaqan Abbasi when asked at a news briefing whether the terminal project was behind schedule and would attract liquidity damages from the government.

In fact, the minister has already ordered the COD to be delayed until September. The minister had been claiming credit for the completion of the first terminal ahead of schedule and would be answerable for the delays in the second terminal, an official said.

Fasih Ahmed, a spokesperson for Pakistan Gasport Company Ltd (PGPC), which is the contractor for the second LNG terminal, confirmed delays in the LNG supply chain. But he shifted the responsibility to the government, repeatedly sidestepping questions if the terminal was also behind schedule.

He said a 400-meter government-owned pipeline remained incomplete and the power projects were facing delays. “There are certain delays in the commissioning of the three government-owned 1,200MW power plants that the PGPC project is meant to fuel,” he said.

In fact, he claimed that the government had requested to “work out an agreement whereby the delays in the off-take of RLNG from the (PGPC) project by state-owned companies will not result in punitive take-or-pay penalties for these state-owned companies”. PGPC has accepted this request, he added.

Rashid Mahmood Langrial, the chief executive of National Power Parks Company of the two LNG projects, said the open-cycle operations of the plants were due in June-July and were on time while the combined-cycle CODs would be due in December. He said the three LNG-based power projects once ready would be provided with LNG out of the first LNG terminal.

Under the agreement, the contractor of the second terminal is liable to liquidity damages at the rate of about $272,000 for each day of delay beyond June 30. Informed sources said the engineering, procurement and construction (EPC) contractor of the terminal had stopped working for a few weeks due to non-payments while Fauji Terminal also took up its assignment with a lag for delayed payments.

Responding to questions regarding the delayed financial close and issues with EPC, Mr Ahmed said the financial close was achieved and the EPC contractor led by XPE was working round the clock at the site with a large team of Chinese personnel.

He did not answer a question about when his terminal project would be complete, saying it would be “prior to the revised deadline notified by Pakistan LNG Terminal Ltd (PLTL). New government date is likely September 1.” He said the pipeline and ultimate off-takers (power projects) caused the delay.

A petroleum ministry official challenged this stance, saying the agreement required the terminal should be ready by June 30 and failure by any side involved liquidity damages to the other side. “The government had lined up LNG supplies with bidders and had been postponing it... there is no dearth of consumers. We are now under pressure to agree to new dates,” he said while requesting anonymity.

This was evident from the minutes of a May 9 meeting chaired by Mr Abbasi, which said the COD for the PGPC terminal was June 30. They said the RLNG-II pipeline from Port Qasim to Sawan was not ready due to a land dispute in Jamshoro. “Transportation of 1.2 billion cubic feet (BCF) of RLNG to the Sui Northern Gas Pipelines system will not be possible without the said pipeline section... efforts are being made to resolve the issue” for its completion by August 1.

It was also confirmed that the three projects of 3,600MW each have been behind schedule. Bhikki was behind schedule by four months, Haveli Bahadur to have sub off-take in June instead of March while Balloki operations are expected in August-September. “The full off-take of 600mmcfd to the three plants is not expected till September.”

The consortium led by PGPC had won the contract through competitive bidding at terminal charges of about 42 cents per MMBTU last year compared to 66 cents for the first terminal of Engro LNG.