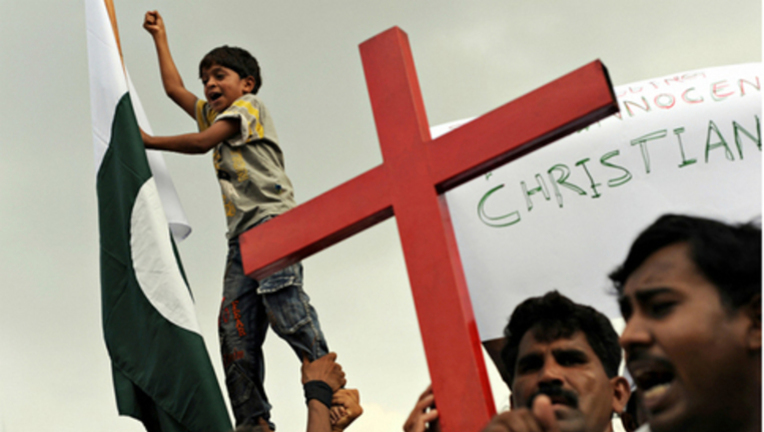 VEHARI: A dispute over mobile phone actually led to the torture of a Class IX student, Sheron Masih, at the Government MC High School, Burewala, who later died of his injuries on Aug 30.

District Police Officer Omar Saeed said in a press release issued here on Tuesday that 16-year-old student Sheron Masih had a quarrel with a class fellow, Ahmed Raza, over a mobile phone. He was allegedly subjected to torture by Raza resulting in Masih’s death.

However, the family of the deceased boy later alleged that he was tortured for drinking water from the same glass that other students used.

The bereaved family also suspected that the class teacher was also responsible for the boy’s death.

An FIR (471/17) was registered with Model Town police station, Burewala, under Section 302 of the Pakistan Penal Code and the only nominated suspect, Ahmed Raza, was arrested within a few hours of the incident.

The press release said that the boy’s postmortem examination report mentioned no signs of physical trauma on the body, neither it showed that any rod or stick or any other weapon was used in the quarrel.

It said the DPO visited the victim’s house and met with his family to personally know their stance. A committee was constituted to supervise the process of investigating which confirmed that only one person (Ahmed Raza) was involved in the incident who had been booked.

Multan regional police officer (RPO) also constituted a committee to dig out the facts. A report on the incident to be filed by the committee is awaited.

It said that four teachers of the school had also been suspended for their failure to avert the incident, adding that regular inquiries were under way.

The release said that federal human rights minister Kamran Michael also visited the victim’s house on Sept 11. The minister promised a fair investigation into the murder, pledging a new school would be named after the deceased boy.

It claimed the victim’s family was “quite satisfied” with the police probe.