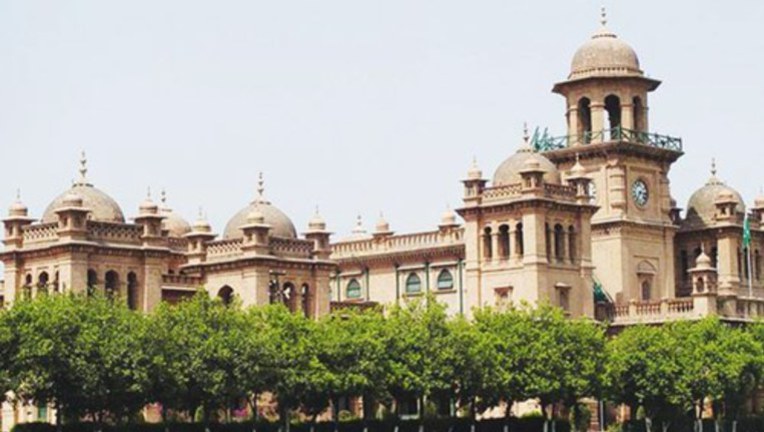 PESHAWAR: A Peshawar High Court bench on Tuesday ordered freezing salaries of Islamia College University vice-chancellor, its registrar and a teacher Dr Enayat Ali Shah for not filing comments in a writ petition seeking to declare as illegal the appointment of the said teacher as professor as well as dean department of physical and numerical sciences by the university administration.

The bench comprising Justice Qaiser Rasheed and Justice Nasir Mehfooz issued contempt of court notices to ICU vice-chancellor, its registrar and Dr Enayat Ali Shah, asking them to explain why action should not be taken against them for not following earlier orders of the court.

The bench directed the said three respondents to file their comments within a week in response to the writ petition filed by another professor of the said university, Dr Shazia Yasin, who requested the court to inquire from Dr Enayat Ali shah under what authority he had been holding the office of the dean of the said faculty as he was not qualified for that post.

Advocate Ijaz Khan Sabi appeared for the petitioner and contended that despite repeated orders by the high court the vice-chancellor, registrar and Dr Enayat had not been filing comments and had been delaying the issue.

He stated that Dr Enayat was performing his duty as dean of faculty of physical and numerical sciences at ICU and thus he was heading four departments including mathematics, physics, computer science and statistics since 2014.

The counsel said that being a dean, Dr Enayat was also ex-officio member of the scrutiny committee, selection board and syndicate of the university. He stated that under the relevant statutes a dean was to be appointed by the chancellor of the university from amongst the three senior most professors in the faculty for three years and he should be eligible for reappointment.

He claimed that the post of professor was advertised in the department of mathematics in 2009. He said that Dr Enayat was not eligible to be appointed as professor because he did not fulfil the condition of having research papers in accordance with the rules of Higher Education Commission (HEC).

The counsel said that the scrutiny committee did not recommend Dr Enayat as he was not eligible for appointment as professor but he sent an application to the vice-chancellor, who provisionally allowed him to appear before the selection board. He added that the selection board in its meeting on Oct 17, 2009, conditionally recommended his appointment as professor with the remarks that it would be subject to the confirmation of his eligibility by HEC.

Moreover, he stated that the university senate also conditionally recommended his appointment, which was subject to confirmation of his eligibility by HEC. He claimed that HEC through a letter on Dec 18, 2009, informed the university that Dr Enayat did not meet the HEC’s minimum criteria for faculty appointment on the basis of minimum publications.

The counsel stated that despite the fact that HEC clearly stated that Dr Enayat was not eligible to become a faculty member, he was performing his duty as professor as well as dean.