Maryam’s return from UK likely for hearing on 9th 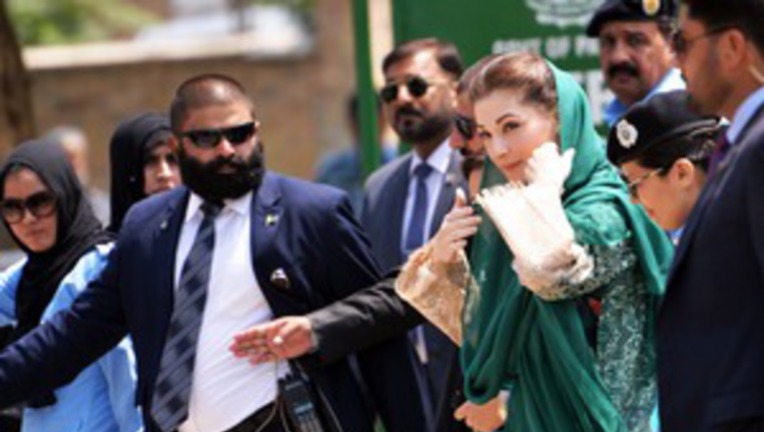 LONDON/ISLAMABAD: Maryam Nawaz, the daughter of the ousted prime minister, and her husband have decided to end their stay in London and may return to Pakistan next week to appear before an accountability court in connection with a reference related to the London properties owned by the Sharif family.

While no one from the ruling Pakistan Muslim League-Nawaz was willing to speak on record, sources close to the Sharif family in London said Maryam’s brothers — Hasan and Hussain — would remain in the British capital and wait for the outcome of the upcoming hearing of the accountability court, Islamabad, where their sister might appear on Oct 9 (Monday).

Maryam is currently in London and has been looking after her mother Kulsoom Nawaz, who has been receiving treatment for cancer.

On Oct 2, the accountability court, Islamabad, issued non-bailable arrest warrants for Hussain, Hassan and retired Capt Mohammad Safdar for failing to appear in court. The judge, however, did not issue non-bailable warrants for Maryam but repeated the bailable arrest warrants after the counsel for Nawaz Sharif assured the court that she and her spouse would join the proceedings on the next date of hearing set for Oct 9.

The trial court judge has already decided that in case the children of Mr Sharif do not join the proceedings, the court would indict Mr Sharif alone and start his trial separately.

However, sources said if Maryam and her husband appeared before the accountability court on Monday, they would be handed over a copy of the reference related to London properties along with the relevant details.

The court may fix a date for indictment of Mr Sharif, his daughter and son-in-law Safdar after supplying them copies of the reference and other material.

In case of non-appearance, the court may initiate proceedings to declare the accused proclaimed offenders and order attachment of their properties.

A five-member bench of the Supreme Court on July 28 directed NAB to file references against Mr Sharif and his children in six weeks in the accountability court and directed the trial court to decide the references within six months. The Supreme Court also assigned Justice Ijazul Ahsan a supervisory role to monitor the progress of the accountability court proceedings.

Maryam’s latest visit to London began shortly after her ailing mother won the Sept 17 by-election on a National Assembly seat in Lahore.

Maryam played a leading role in her mother’s victory by running her election campaign reinforcing the impression that she is now committed to a political career and determined to be her father’s political heir.

On Wednesday, Mr Sharif — who has been re-elected as the president of his own faction of PML despite being disqualified by the apex court — also arrived in London from Pakistan saying he needed to spend time with his wife, Kulsoom, who is recovering from her third surgery in London.

His wife’s first surgery, on her neck, was for early-stage lymphoma. Doctors then decided to conduct a second more serious surgery in order to take out the diseased lymph nodes from her chest. She then underwent a third operation which involved only a brief stay in hospital.

People close to Mr Sharif and his wife said the medical interventions had been successful.

Doctors familiar with her condition have been reported as saying her cancer is curable.

The movements of the various members of the Sharif family came amidst rumours of a growing rift between Punjab Chief Minister Shahbaz Sharif and his elder brother Nawaz.

The younger Sharif along with his long-time friend former interior minister Chaudhry Nisar is said to be concerned that Maryam and her father are adopting an overly confrontational stance towards not only the army but also the judiciary.