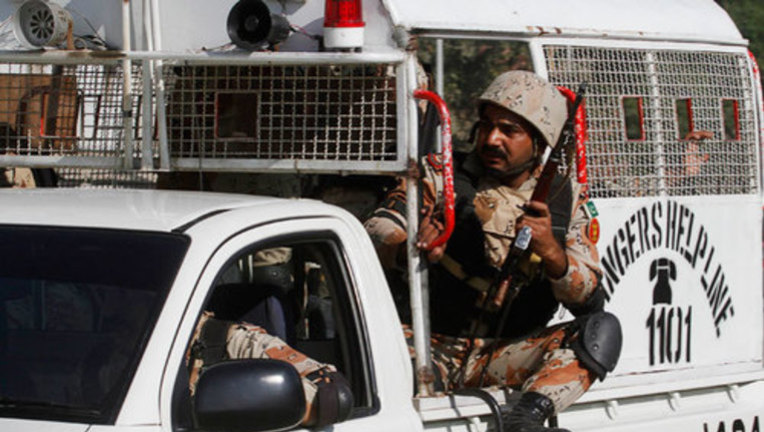 Eight terrorists were killed during an "encounter" jointly carried out by the Rangers and the Counter-Terrorism Department (CTD) in Karachi's Raees Goth area on Saturday night, officials said.

According to a Rangers press release, the operation was carried out on the basis of technical intelligence and evidence after receiving a tip-off about the presence of Ansarul Sharia Pakistan (ASP) terrorists in the area.

Identification of the dead is said to be ongoing, with two of the terrorists identified as the ASP chief Sheheryar, alias Dr Abdullah Hashmi, who was also named as the mastermind of all ASP attacks.

Another terrorist was identified by the Rangers as Arsalan Baig, a member of the ASP's target-killing team, said the statement.

Explore: The rise and ‘fall’ of Ansarul Sharia Pakistan

According to the Rangers press release, a heavy exchange of fire took place during the raid, in which five of the terrorists died on the spot. Three wounded succumbed to their injuries while being transported to the hospital.

A Rangers official told Dawn that one CTD personnel and two Rangers personnel sustained injuries during the encounter.

The Rangers have seized explosive material, arms and ammunition from the alleged militant hideout.

Read more: Profile of a radicalised young man from Karachi

According to various local media reports, Dr Abdullah Hashmi had been arrested during a raid in September.

Sindh Chief Minister Murad Shah had claimed the arrests of high-profile militants in raids at the time, hinting at a "breakthrough".

Although both Shah and law enforcement remained mum about the details of the arrests, various TV channels had reported the arrest of ASP chief Dr Abdullah Hashmi in a raid on his house in Kaneez Fatima Housing Society.

Though the police had neither confirmed nor denied the news reports on TV channels about Hashmi's arrest, SSP Malir Rao Anwar had made a few claims lending strength to the reports of such a “success”.

Dawn had also reported that the Al Qaeda-inspired militant group comprising hardly 10 fighters had been busted with almost all its members taken into custody for interrogation.

Director General Rangers Sindh Maj Gen Muhammad Saeed, in an appearance on DawnNews, however, had denied the reports of the arrests at the time.

CTD official Raja Umar Khattab told Dawn that the chief of Ansarul Sharia Pakistan, Dr Abdullah Hashmi, belonged to Jaish-e-Muhammad but he was expelled from the group following ‘some differences.’ Subsequently, no other militant group was willing to ‘accept’ him.

Therefore, Hashmi along with his like-minded people in Jaish-e-Muhammad such as Abdul Karim Sarosh formed his own group.

The Ansarul Sharia has claimed responsibility for the target killings of security personnel, as well as an attack on Muttahida Quami Movement leader Khwaja Izharul Hassan.

In Karachi their activities were noticed for the first time in April when they claimed the responsibility for killing a retired colonel in the Baloch Colony area, but the ASP had been active before when its members had gunned down a guard of Police Foundation in an attack in Gulistan-i-Jauhar in February this year.

Apart from the four terror acts (killing of the security guard in Gulistan-i-Jauhar, retired army officer in the Baloch Colony area, murder of four policemen in Karachi's SITE area, and an assassination attempt on life of the MQM leader), the officials also claimed that the ASP was involved in four other incidents.

These included targeted killing of two policemen within the limits of the New Town police, the murder of a DSP Traffic and his constable driver in Azizabad, a Police Qaumi Razakar on the Northern Bypass and two employees of the Federal Board of Revenue in Gulistan-i-Jauhar who were targeted over suspicions of being policemen as the victims wore uniforms resembling police uniform. 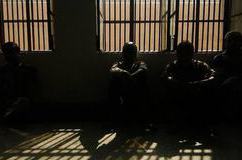 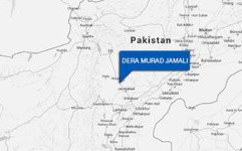