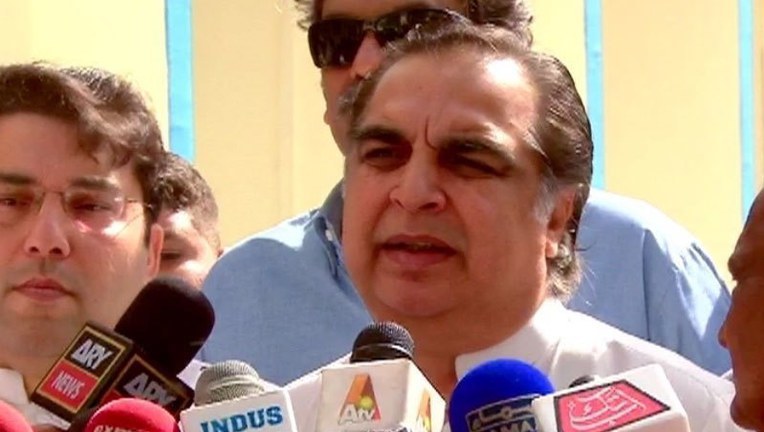 ISLAMABAD: The opposition in the Senate on Thursday demanded resignation of Sindh Governor Imran Ismail for his remarks about division of the province while Pakistan Tehreek-i-Insaf (PTI) lawmakers defended the view, saying there was room in the Constitution for creating more administrative units in a province.

The issue was raised by the Pakistan Peoples Party’s Sassui Palijo who, speaking on a point of public importance, said the Sindh governor had rendered his constitutional position controversial by making such irresponsible remarks. “We will not let him even dream of it [Sindh’s division],” she added.

Former chairman of the Senate Mian Raza Rabbani said under the Constitution the governor was a representative of the federation, but since taking the oath of this office Mr Ismail was behaving like a chief minister.

Mr Rabbani said President Arif Alvi, who had appointed Mr Ismail governor of Sindh, himself was making irresponsible statements. He quoted President Alvi as saying in an interview on March 12 there was no harm in replacing the present system with a presidential form of government. “This is nothing short of an attack on the parliamentary system”, he remarked.

He said the governor of Khyber Pakhtunkhwa also had said a presidential system was better because compromises had to be made in the parliamentary system.

Mr Rabbani said nobody would tolerate division of Sindh and advised the Sindh governor to step down before making such remarks.

PPP parliamentary leader in the Senate Sherry Rehman also said sensitive and dangerous remarks were being made to divert attention from the crisis prevailing in the country. She also called for resignation of Governor Ismail.

She pointed out that an IMF official had been appointed the governor of the central bank and said there were indications of further devaluation of the rupee.

Ms Rehman lamented that the parliamentary form of government was being made controversial.

Maula Bux Chandio of the PPP termed the PTI another face of the Muttahida Qaumi Movement as the latter too wanted to divide Sindh.

PML-N parliamentary leader in the Senate Mushahidullah Khan alleged that President Alvi and the then federal minister for national health services Amir Kiyani had met pharma tycoons at Sindh Governor House before an unprecedented increase in prices of drugs.

He said the Sindh governor should be removed from office for his remarks about division of Sindh.

In response, Faisal Javed of the PTI said there was no harm in a debate about creating more administrative units. “Your past tells us that you divided the country on ethnic lines,” he said without naming anybody.

Mohsin Aziz of the same party said the PPP and the PML-N were two sides of the same coin. He defended appointment of Reza Baqir as governor of the State Bank of Pakistan, saying he was a son of the soil. “Why do we forget where Mohammad Yaqoob, Dr Ishrat Hussain and Yaseen Anwar came from”, he remarked.

Waleed Iqbal of the PTI pointed out that Article 239 (4) of the Constitution described the procedure for altering the limits of a province.