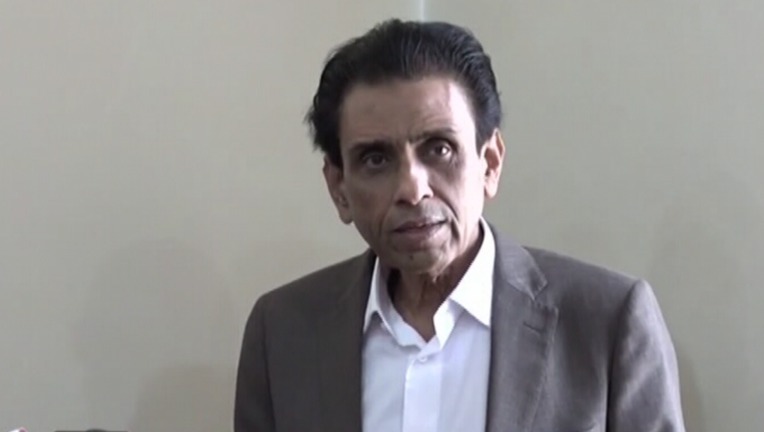 Muttahida Qaumi Movement-Pakistan (MQM-P) convener Khalid Maqbool Siddiqui on Thursday apologised for his party's "misjudgment" during the May 12 tragedy that saw dozens of people lose their lives to riots in Karachi.

On May 12, 2007, the deposed chief justice of the Supreme Court, Iftikhar Mohammad Chaudhry, was scheduled to visit the city and take part in a function of the Sindh High Court Bar Association. Members of civil society, including lawyers, were not allowed to reach the airport to welcome the then chief justice, thus leading to clashes between the supporters of the judge and the then-MQM activists — which was an ally of the Musharraf-led government back then.

Nearly 50 people lost their lives and hundreds of others were wounded during riots on that day.

Almost 15 years later, Siddiqui today expressed his regret on the incident while addressing a gathering organised by the Balochistan High Court Bar in Quetta. He conceded that the MQM's image was tarnished in the wake of the May 12 clashes.

"MQM should have tendered an apology and I apologise for that. And this apology is for making a wrong judgment," he told the gathering.

Siddiqui said that MQM would not have held a rally with children and women, had it planned to resort to violence. "We had been used and we regret that but that was not our intention and this is not how we function as a party," he insisted.

Siddiqui admitted that MQM-P had "slightly weakened ideologically". However, he expressed hope that his party would again produce a new crop of young leaders who will "prove to be the future of the country".

"We were accused of hatching a conspiracy and holding a Jinnahpur map and we were also called traitors... if this was the reality then why was the MQM not banned?" he asked.

He said he did not part ways with his former leader Altaf Hussain "even during the brutal 1992 operation, but we left him for his anti-Pakistan speech in 2016".

He said that he has maintained his distance from Hussain ever since.

Siddiqui said the MQM-P had been a victim of marginalisation and violence. "Our party is a product of circumstances," he added.

He said his party had also been accused of indulging in linguistic politics, adding that Pakistan would not progress until all its citizens were treated with equality and considered loyal.

The MQM-P leader urged Balochistan lawyers to support his party for legislation in parliaments. "We should be a part of national struggle led by lawyers," suggested Siddiqui.

Siddiqui also said the MQM-P did not consider the Ministry of Law, currently held by MQM-P Senator and leader Farogh Nasim, as its own "because we did not want that particular ministry".

He said the PTI needed a competent lawyer, hence, it had sought a no-objection certificate [from the MQM-P] to permit their party official to hold the ministry.

In response to another question, the MQM-P leader questioned how his party could trust the opposition when the latter lacked trust in each other.