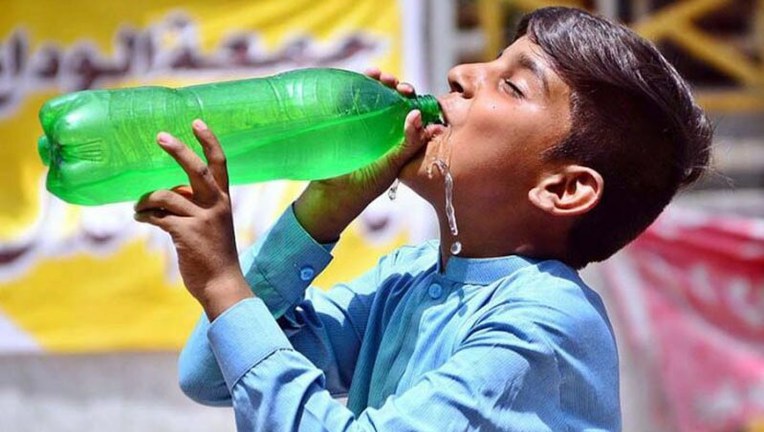 The Pakistan Meteorological Department (PMD) on Friday predicted that severe heatwave conditions would persist in most parts of Sindh for the next two days, with the maximum temperature in Karachi likely to rise to 40°C tomorrow.

In a statement, the PMD's Early Warning Centre for Heatwave said temperatures would lower by 2 to 3°C on May 15 and 16. However, the heatwave would again intensify from May 17 in central and upper parts of the province.

During the heatwave, the maximum temperature in the districts of Dadu, Nawabshah, Jacobabad, Larkana, Shikarpur, Qambar Shahdadkot, Khairpur and Sukkur would likely remain between 46 to 48°C.

In addition, Hyderabad, Mirpurkhas, Umerkot, Sanghar, Tharparkar, and Badin would likely see the temperature range from 44 to 46°C.

According to the Met department's statement, the heatwave could lead to stress on crops, vegetables and orchards and increased electricity demand. It advised farmers to manage their crops accordingly, and the public to avoid exposure to the sun, especially during peak heat hours.

He also issued directives to make drinking water available, hospitals to be on standby and administrators to raise awareness regarding the heatwave.

Read: How to protect yourself and your loved ones from the heatwave

"The department has established a control room at the provincial level and outlined a set of procedure that will be followed throughout the province," it said in a press release.

Health facilities, it added, had been directed to set up special wards equipped with all necessary facilities including back-up system for electric supplies for the management of heatstroke cases.

"The staff has been barred from taking leave or remain absent during the heatwave emergency. Deployment of healthcare staff will commence as per requirement of the areas most affected by the heatwave."