Had warned 'neutrals' of economic tailspin if conspiracy against PTI govt succeeded: Imran 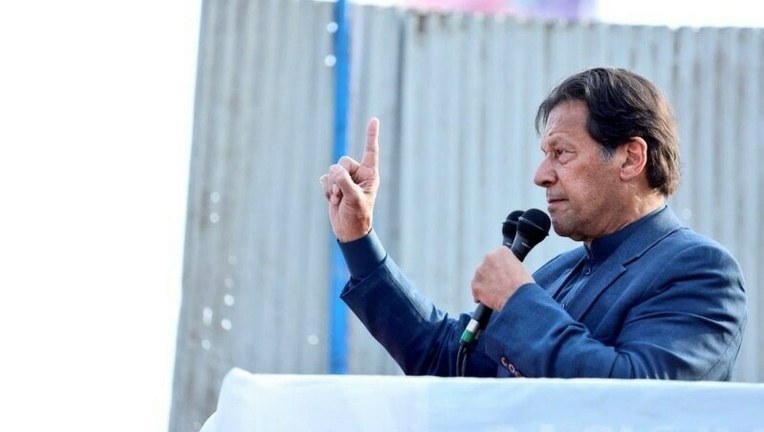 PTI chairman and former prime minister Imran Khan on Friday claimed that he and former finance minister Shaukat Tarin had warned the "neutrals" that the "fragile economic recovery would go into a tailspin" if the conspiracy against the PTI government succeeded.

He went on to say that the numbers reflected the "lowest-ever confidence in the imported government".

"Market awaiting policy and action which imported government has failed to provide. Both myself and Shaukat Tarin had warned the 'neutrals' that if [the] conspiracy succeeded, our fragile economic recovery would go into a tailspin," he said.

Responding to the claims, Information Minister Marriyum Aurangzeb held the former prime minister responsible for the country's economic collapse and the historic rise of the dollar against the rupee.

"If there is a historic rise in [price of] the dollar, then Imran Khan is responsible. The dollar has soared to Rs193 because of him."

She went on to say that the people had been burdened with inflation due to the previous government's agreements with the International Monetary Fund (IMF). "For the last four years, the incompetent, the cartels and the Imran mafia carried out economic terrorism," the minister said.

Aurangzeb said that Imran had done irreparable damage when dealing with petrol, all in an effort to save his failing politics. "If tough decisions are being taken today, then Imran Khan is responsible," she said, adding that the PTI chairman was now sitting on a high horse in an effort to hide his "anti-people economic crimes".

Directly addressing Imran, the minister said that putting the country's people and economy at stake was treason. She also said that he was making a ruckus about inflation when he was responsible for it, calling on him to give an answer for the economic destruction he had caused.