Everyone knows 'neutrals' were not actually neutral during 'regime change conspiracy': Mazari 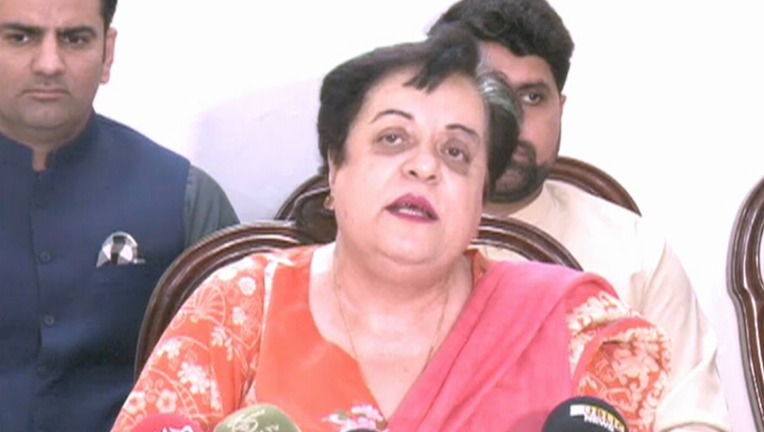 PTI leader and former human rights minister Shireen Mazari on Friday said that "now everyone knows the neutrals were not actually neutral," and went on to question whether they were "part of the conspiracy to derail Pakistan on the economic and democratic front".

The word neutral is a reference to the military, which has consistently claimed it is neutral as the country goes through political upheaval since the filing of the no-confidence motion against former premier Imran Khan on March 8.

In a press conference in Islamabad today, Mazari minced no words in her criticism of America and "those who supported it" to allegedly topple the PTI government.

Her presser came after a tweet by former PM Imran Khan earlier in the day in which he claimed that he and former finance minister Shaukat Tarin had warned the "neutrals" that the "fragile economic recovery would go into a tailspin" if the conspiracy against the PTI government succeeded.

In her press talk, Mazari said the neutrality of "neutrals" was now largely being questioned.

"The group of thieves and crime minister who are now in power had an agenda to quash all cases against them. But what were the neutrals thinking when they allowed such a conspiracy to succeed?" she asked.

She said that a cypher was received on March 7 and the no-confidence motion was tabled a day after it. "Later, our allies approached the Sindh House and opposition leaders, while one minority dissident lawmaker was living in a rest house belonging to neutrals."

Mazari asked how one could stay neutral when the country was facing destruction.

She said a glance at the bigger picture would reveal everything, asserting that the nation was now standing against the "regime change conspiracy".

Warning "local abettors" of consequences, the former minister said Imran would announce a date for a march on Islamabad after May 20, and "when people take to the streets, then everyone will understand that this nation cannot be made a slave."

She also questioned whether "neutrals" wanted Pakistan to recognise Israel. "Do they want a foreign policy in which there is no freedom?"

The PTI leader also expressed surprise at the Supreme Court for "giving an exact date and time for a National Assembly to take up the no-confidence motion" that ultimately saw Imran losing his office.

Earlier, she explained that the conspiracy had begun when then-prime minister Imran refused to give military bases to the US and during an interview he had said "absolutely not" to the question of providing bases. The premier's comments had come after the US national security adviser in his briefing in June 2021 said they were having constructive dialogue with the Pakistani military regarding US bases, she said.

Also read: 'Absolutely not', says Imran on US actions from Pakistan

However, Imran refused to provide bases with a categoric intent that Pakistan's sovereignty should never be compromised, she added.

Shortly after it, according to Mazari, the US consul general in Lahore met Maryam and Shehbaz separately. "Subsequently, American diplomats held a lot of meetings."

She then referred to the cypher sent by Pakistan's envoy in the US, which she said stated that "If prime minister Imran Khan remains in power, he will be isolated from the US, Europe and we will take the issue head-on. And, if the vote of no confidence succeeds, then everything will be forgiven."

The former minister also hit out at Interior Minister Rana Sanaullah for "threatening" the PTI, saying everyone including the "neutrals" had realised how big a mistake it was to pave the way for regime change under a "US conspiracy".

She said the economic problems faced by Pakistan were a result of "thieves" being imposed on the country.

Ever since his ouster through a no-confidence vote in the National Assembly, Imran has dismissed the Shehbaz government, terming it "imported" and has launched a campaign, claiming that his government was ousted by a "foreign conspiracy".

To back his claim, Imran has continuously referred to a cable sent by Pakistan's former ambassador to the US, Asad Majeed, which he said contains evidence of the conspiracy to topple his government.

The former PM said the "threatening cable" was received from the ambassador on March 7, a day before the opposition officially filed the no-trust move against him, which he says serves as evidence of the conspiracy.

“How could they know about the no-confidence motion even before it was filed?” Imran has asked charged supporters in several public rallies in the past few weeks, adding that local abettors colluded with their “foreign sponsors” to make the alleged conspiracy successful.

In one of his addresses, Imran said the cable carried details of the ambassador’s meeting with US Assistant Secretary of State for South and Central Asia Affairs Donald Lu in which the latter allegedly threatened Pakistan.

Majeed, in the cable, reportedly said that Lu warned that Imran's continuation as the prime minister would have repercussions for bilateral relations. The US, Imran claimed, was annoyed with his "independent foreign policy" and visit to Moscow.

It was on the basis of this cable, which he saw as evidence of a conspiracy to oust Imran, that the National Assembly Deputy Speaker Qasim Suri gave a ruling to dismiss the no-trust move against the then premier on April 3, when voting on the resolution was set to take place, terming the motion contradictory to Article 5 of the Constitution, which mandates loyalty to the state for all citizens.

Suri's ruling was subsequently voided by the Supreme Court and voting on the no-trust resolution finally took place on April 10, as a result of which Imran was removed as prime minister.

So far two National Security Committee meetings, which were attended by the country's military and intelligence chiefs as well as the civilian leadership, have reviewed the contents of the cable and termed it "blatant interference in the internal affairs of Pakistan" and "unacceptable under any circumstances".

While the first NSC meeting, which was chaired by then premier Imran Khan on March 31, stopped short of terming the cable a "conspiracy" against his government, it had not issued an explicit denial of the conspiracy either.

However, after the second meeting of the NSC was held on April 22 under Prime Minister Shehbaz Sharif and which included the same military chiefs who attended the first meeting, a statement was issued which "reaffirmed the decisions of the last NSC meeting" but added that it "found no evidence of any conspiracy" against the PTI government. 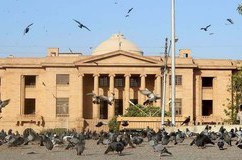 Plea against inclusion of ‘criminals’ in cabinet dismissed