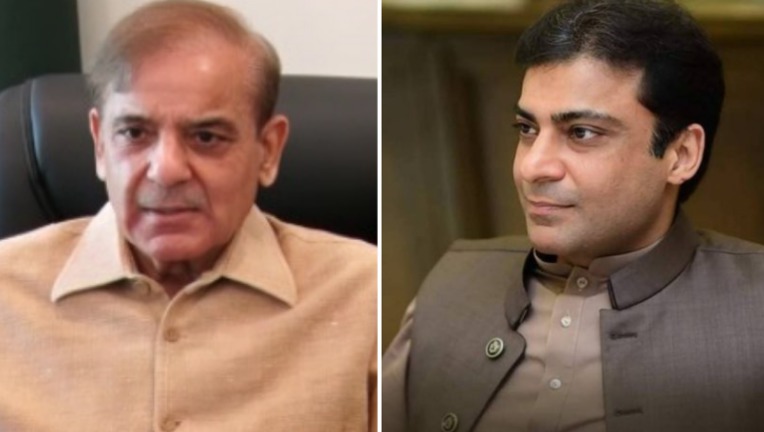 A new prosecutor was appointed on Friday by the Federal Investigation Agency (FIA) in the money laundering case against Prime Minister Shehbaz Sharif and Punjab Chief Minister Hamza Shehbaz.

A notification issued by the Ministry of Law and Justice dated May 13 states: "Farooq Bajwa, is hereby appointed as special public prosecutor in the case [...] with immediate effect on the terms and conditions which will be settled separately by the FIA with the said advocate."

A special court in Lahore is set to indict the prime minister and his son in the Rs16 billion money laundering case on Saturday (tomorrow).

During the previous hearing, the court had instructed the premier and others to ensure their presence at the next hearing as no further adjournments would be made. However, PM Shehbaz is currently in London to meet Nawaz Sharif as part of a PML-N delegation.

Bajwa's appointment comes a day after the FIA released a statement that rejected reports saying it had decided against prosecuting PM Shehbaz and CM Hamza.

According to a written application, dated April 11 and submitted in court, the FIA director general (DG), via the investigating officer, told Special Prosecutor Sikander Zulqarnain Saleem not to appear in court as the "accused in the case are going to be elected the prime minister of Pakistan and chief minister of Punjab".

"The concerned quarters are not interested to prosecute the accused persons," it stated, requesting that these instructions be made part of the case record.

In its rebuttal, the agency said the "case has not been withdrawn" and court proceedings were ongoing, with the next hearing on May 14. The watchdog warned it could take legal action against those involved in proliferating the news regarding the letter.

"On April 11, the prosecutor of the case submitted his opinion-based application in the court regarding change of the prosecutor, wherein he was instructed not to appear on behalf of prosecution. He mentioned the investigation officer through the then DG FIA. He was allegedly asked for not appearing as a prosecutor. It was not a withdrawal application," the press release insisted.

It added that Sanaullah Abbasi was the FIA DG at the time and the new prime minister had not yet taken the oath when the application was submitted in court.

"Tahir Rai was appointed as FIA DG on April 22. This matter pertains to the timing before his arrival in the FIA, the press release said.

The agency stated that the change of prosecutor was a "routine matter" and the same had been done several times in the same case by the previous government as well.

The FIA had in December 2021 submitted the challan against Shehbaz and Hamza to a special court for their alleged involvement in laundering an amount of Rs16 billion in the sugar scam case.

"The investigation team has detected 28 benami accounts of the Shehbaz family through which money laundering of Rs16.3bn was committed during 2008-18. The FIA examined the money trail of 17,000 credit transactions," according to an FIA report submitted to the court.

The amount was kept in "hidden accounts" and given to Shehbaz in a personal capacity, the report added.

This amount (Rs16bn) has nothing to do with the sugar business (of the Shehbaz family), according to the FIA. The money received from the accounts of low-wage employees by Shehbaz was transferred outside Pakistan via hundi/hawala networks, ultimately destined for the beneficial use of his family members, the FIA had alleged.