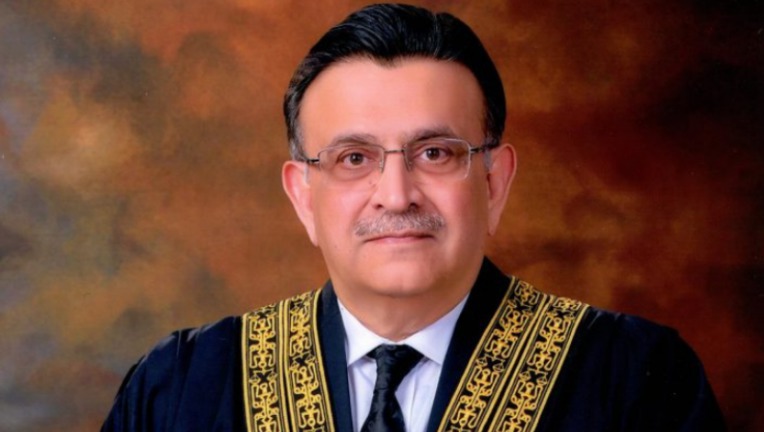 A five-member bench of the Supreme Court on Thursday expressed concern over the removal of names from the Exit Control List (ECL) and questioned the procedure for doing so as it heard a suo motu case on apprehensions that criminal justice might be undermined by people in positions of authority.

The notice was taken on May 18 amidst allegations levelled by the PTI that soon after coming to power, the present coalition government allegedly started influencing different cases and transferring investigators or officers supervising cases, especially related to corruption allegations.

During the last hearing, the court had restrained the relevant authorities from transfers, postings or removals of those involved in the investigation or prosecution of high-profile cases against top government functionaries pending in the courts of special judge (central) and the accountability courts.

It also issued notices to the interior secretary, the Federal Investigation Agency (FIA) director general, the National Accountability Bureau (NAB) chairman/regional directors, prosecutors general and advocates general in the provinces and the Islamabad Capital Territory (ICT) and the head of prosecution branch in the FIA and NAB.

When the hearing resumed today, Chief Justice Bandial observed that changes had been made to the ECL Rules on April 22, 2022 and the names of those involved in corruption and tax theft of Rs10 million were removed from it.

"Who benefitted from the rules?" asked Justice Naqvi.

Justice Akhtar also observed that the approval of the change in rules by a cabinet member who was facing cases would be a conflict of interest. He asked for details of which cabinet members had benefitted to be submitted to the court.

He went on to observe that a member who was facing charges could have "disassociated" himself from the changes.

The CJP noted that the National Accountability Bureau (NAB) had said it was not consulted prior to the removal of 174 names from the ECL.

The CJP had taken suo motu notice on the recommendations of a SC judge on perceived interference in the independence of the prosecution branch in the performance of its power and duties for investigation and prosecution of pending criminal matters involving persons in authority in government.

According to a press release issued by the apex court, such interference could influence the prosecution of cases, result in tampering or disappearance of evidence in courts or in possession of prosecuting agencies and lead to transfers and postings of officers on key posts.

The press release said that such actions, along with "media reports" about changes in accountability laws, were likely to "undermine" the functioning of the country's criminal justice system.

"That [is tantamount] to violation of fundamental rights affecting the society as a whole and eroding [of] the confidence of the people in the rule of law and constitutionalism in the country," it added.

The SC press release did not indicate which "pending criminal matters" it was referring to. However, the Federal Investigation Agency (FIA) is currently pursuing a money laundering case against Prime Minister Shehbaz Sharif and Punjab Chief Minister Hamza Shehbaz, whose indictment has been delayed since February.

It is also pertinent to mention here that key figures from within the allied parties of the new government have called for either complete dissolution of the National Accountability Bureau (NAB) or amendments to the corruption watchdog's laws.

The National Assembly approved a bill related to those amendments a day earlier.