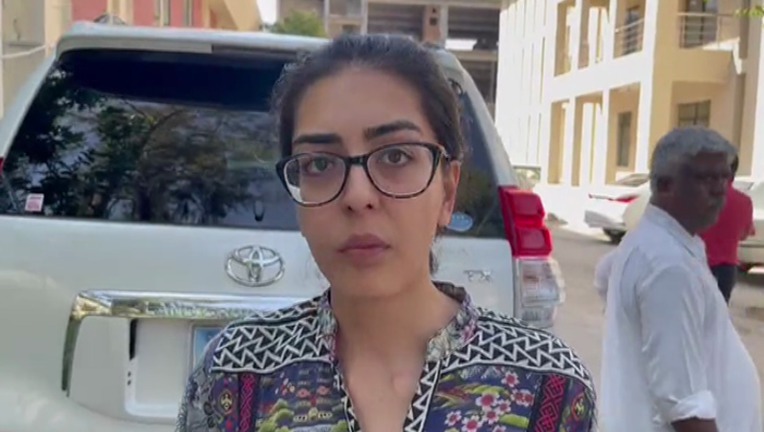 The Islamabad High Court (IHC) on Friday granted lawyer Imaan Zainab Mazari-Hazir pre-arrest bail till June 9 in a case related to "abusing and defaming the senior command of the Pakistan Army".

Her pre-arrest bail application, which was filed by Advocate Zainab Janjua, was heard by IHC Chief Justice Athar Minallah.

A first information report (FIR) was registered against Mazari-Hazir at the capital's Ramna police station under sections 505 (inciting people against armed forces) and 138 (Abetment of act of insubordination by soldier) of the Pakistan Penal Code.

It stated that she had made a "derogatory and hateful" statement on May 21, the day her mother, former human rights minister Shireen Mazari, was arrested from outside her house in a land ownership and transfer case.

A video of a visibly distraught Mazari-Hazir was later shared on social media in which she could be seen making statements about Chief of Army Staff (COAS) Gen Qamar Javed Bajwa.

The FIR against the lawyer said her statements led to "ridicule and created hatred within the Pakistan Army, while also causing unrest within the institution which is also leading to the punishable offence".

It also said Mazari-Hazir's "act" reflected her intent to cause fear and alarm among the public "thus inducing to commit offence against the state".

Later, challenging the FIR, the lawyer representing Mazari-Hazir said her client was being made a "victim of ulterior motives and highhandedness of the complainant and others, who are highly influential".

"The FIR is ill-founded and allegations are absurd," the petition said.

The court admitted her plea and granted Mazari-Hazir pre-arrest bail for two weeks.