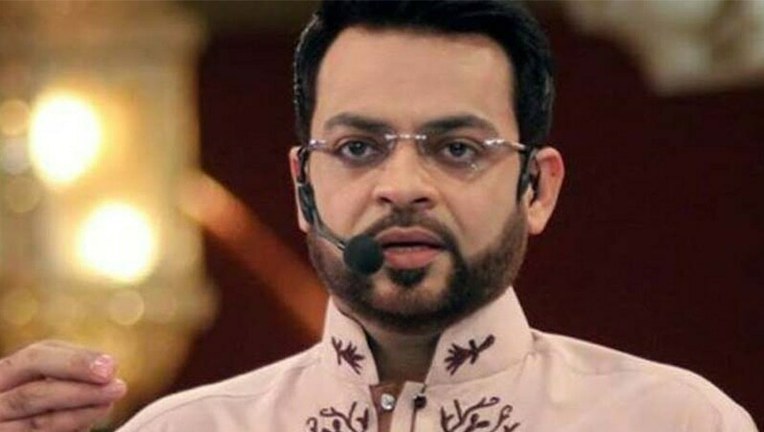 A police surgeon would be conducting an examination of deceased lawmaker and television personality Aamir Liaquat Hussain's body, his family's lawyer told Dawn.com on Friday after the matter of the deceased MNA's autopsy was taken up by a judicial magistrate at the City Court in Karachi following the family's refusal for an autopsy.

Hussain, 50, passed away at his house in Karachi's Khudadad Colony on Thursday and the cause of his death is yet to be ascertained, for which an autopsy needs to be conducted.

According to a statement issued by a Karachi police spokesperson, the matter was referred to the court under Section 174 of the Code of Criminal Procedure. The Section empowers a magistrate to order an inquest (an investigation, especially in cases of death).

The statement said police and Hussain family had approached the court and the police would proceed in light of the court's directives.

Subsequently, Hussain's family appeared before a magistrate, following which their lawyer, Advocate Khursheed Khan said the police surgeon had told the court he had not "examined it (Hussain's body) externally".

The police surgeon "will now go and examine it", he told Dawn.com.

Earlier, Police Surgeon Dr Summaiya Syed had told Dawn Hussain's body was brought to the Jinnah Post Graduate Medical Centre’s emergency ward around 3pm on Thursday, and he was declared dead on arrival. While the body was shifted to the mortuary for completion of medico-legal formalities, the family refused to have an autopsy conducted, she said.

Aamir's former wife, Bushra Iqbal, with whom he had two children, had also confirmed that his "heirs, Ahmad Aamir and Dua Aamir, had refused his post-mortem.

"According to their wishes, the deceased will be taken to his last place of rest with respect," she had said in a post on Instagram.

Iqbal had added that Hussain would be buried at the graveyard at Abdullah Shah Ghazi's shrine and his funeral prayers was to be held at 2pm today.

The funeral, however, has not been held yet as his body remains at the morgue amid an impasse between police and his family over the autopsy.

Earlier today, it had emerged that police had asked the in-charge of the Chhipa morgue not to hand over the body of deceased lawmaker Aamir Liaquat Hussain to "anyone" but the staff of Brigade police station and warned of "legal action" otherwise.

In a note that bears the stamp of Brigade police and addressed to the in-charge of Chhipa morgue, police said Hussain's body was to be handed over only to police personnel.

The handwritten note dated June 9, a copy of which is available with Dawn.com, stated that "a body named Aamir Liaquat Hussain, son of Liaquat Hussain, has been kept in your morgue as an amanat. So staff from Brigade police station will take the body. The body is not to be handed over to anyone else, or else legal action will be taken".

At the time of Hussain's death, police had told Dawn Hussain’s residence had been sealed for further investigation after a crime scene unit examined the house and collected evidence.

Separately Karachi East Zone DIG Muquddus Haider had told Dawn that there appeared to be no injury marks on his body.