Karachi journalist picked up by men in plainclothes: police 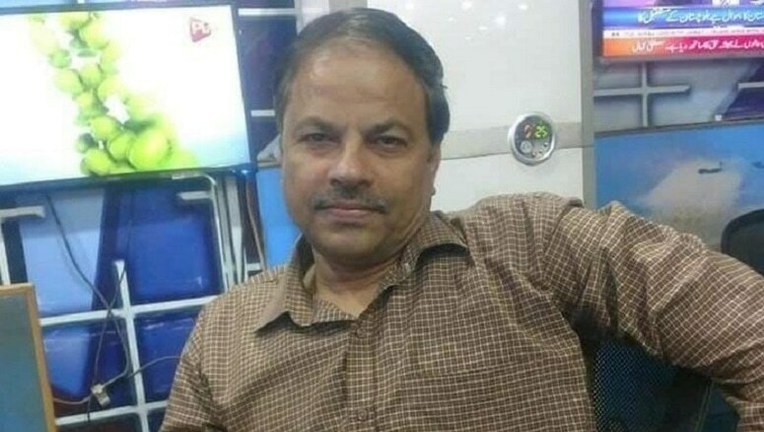 A journalist working for a private television channel was taken away by unidentified men from near his residence in Karachi on Monday, according to his family and the police.

Nafees Naeem, who is associated with Aaj TV, was picked up by men in plainclothes near his residence in Nazimabad area of Karachi, Deputy Inspector General (DIG) of Police West-Zone Nasir Aftab told Dawn.com.

Naeem works as an assignment editor for the TV channel.

The DIG said the police had obtained CCTV footage of the incident, which showed plainclothed men aboard a Vigo [a four-wheel-drive truck] approaching the journalist and picking him up.

The police officer said he spoke to the wife of the journalist who said her husband had left home at around 3:50pm to get some groceries and hadn't returned since then. The DIG said the police had asked the family to lodge a first information report (FIR) if they wanted to.

DIG Aftab confirmed that the journalist was not detained at any police station in his jurisdiction.

Meanwhile, the TV channel's administration said in a statement that Naeem was taken away by men in plainclothes outside his home in Nazimabad. Condemning the "abduction", it said a legal course of action should be adopted if Naeem was wanted in any case, urging the prime minister and the Sindh chief minister to take notice of the incident and ensure the journalist's recovery.

“No institution can be given the right to take away any citizen without a charge, FIR or a complaint,” the statement said, adding that such an incident was "a matter of shame for the government".

Naeem has been associated with Aaj TV for the last 10 years, the channel's administration said.

The Karachi Union of Journalists (KUJ) condemned the alleged "kidnapping" of the journalist.

“Despite a regime change in Islamabad, adverse actions against journalists are continuing,” KUJ President Shahid Iqbal and Secretary Fahim Siddiqui said in a statement.

The journalists' body gave a 24-hour ultimatum to the Sindh government to take action and recover the journalist and threatened a protest if no measures were taken for Naeem's recovery.

The KUJ quoted witnesses as saying that Naeem was taken away in a police van, "showing his abductors are the government employees".

It said Naeem's "kidnapping" in broad daylight was a part of countrywide oppression against journalists. The KUJ said legal action should have been taken if there was any charge against the journalist.