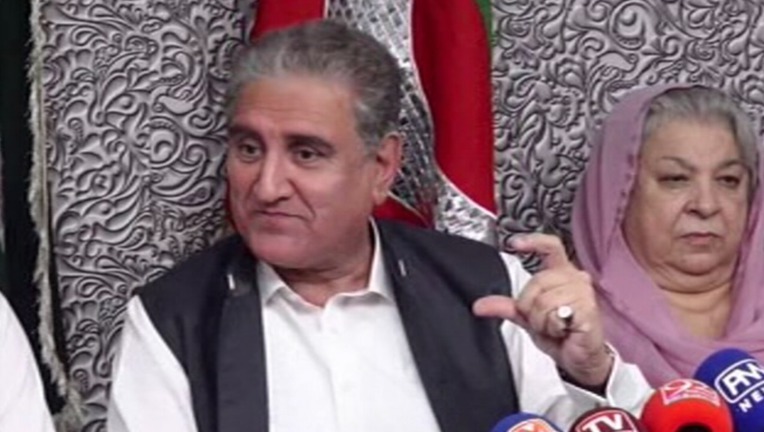 PTI leader Shah Mahmood Qureshi on Tuesday claimed that the Punjab government was violating the Election Commission of Pakistan's (ECP) code of conduct ahead of the by-elections on 20 seats of the provincial assembly, prompting Chief Election Commissioner (CEC) Sikander Sultan Raja to take notice.

The 20 seats had fallen vacant after the electoral watchdog had de-notified PTI lawmakers for not following party directions during the Punjab chief minister election. The by-polls will be held on July 17.

Earlier today, the former foreign minister had addressed a press conference in Lahore and claimed that the Punjab government was in violation of the ECP's code of conduct. He also questioned the commission's ability to smoothly conduct the by-elections.

"The commission could not even conduct a smooth by-election in Karachi as all parties, except the MQM-P, are challenging the results," he said, referring to the recent poll in the metropolitan city's NA-240 constituency.

He maintained that the people's confidence in the ECP was shrinking by the day.

Qureshi alleged that PML-N candidates had been informed that Punjab Chief Minister Hamza Shehbaz would ensure their victory in the by-polls in order to protect his seat.

Deputy commissioners and district police officers were transferred in districts where the by-elections are taking place, Qureshi said. "They have been told that if they fail to deliver the desired results, then they will not be allowed to remain there."

He also talked about his experience of canvassing prior to the polls.

"In PP-217, where Zain Qureshi is contesting from the PTI, an official of the Special Branch follows us and records footage of us talking to voters. If the voter is a PTI supporter, a team is then sent to their residence which persuades them to vote against the party in exchange for incentives," the ex-minister claimed.

The PTI leader warned the provincial government of "street agitation and public reaction" if it attempted to manipulate the by-elections.

Shortly after Qureshi's press conference, CEC Raja took notice of the PTI leader's claims and sought a report from the Punjab election commissioner within 24 hours.

He also directed ECP officials to look out for poll code violations in all 20 constituencies and to take stringent action against them. "The CEC should be informed of all actions taken in this regard," the statement said. 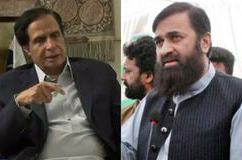 Clipping powers of the speaker: LHC denies stay to Parvez against ordinance by governor