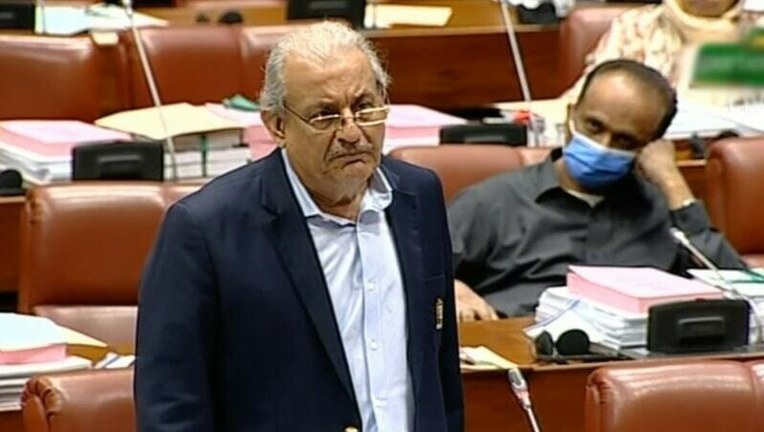 PPP Senator Raza Rabbani on Tuesday suggested the formation of a parliamentary committee tasked with looking into the defence budget as he pointed out that the budgetary allocations for the military had never been considered for a discussion in the parliament.

In the budget presented by Finance Minister Miftah Ismail on June 10, defence services were allocated Rs1,523 billion, which makes up 17.5pc of the total current expenditure and is 11.16pc higher than last year. In terms of expenditure, the defence budget is 16pc of the government's planned total outlay — exactly the same as it was a year before.

The declared increase in defence budget was in sharp contrast to the cuts in spending on the development sector (11pc), health (31pc), education (1.5pc) and housing (77pc).

The allocation makes up nearly 1.94pc of the GDP and 16pc of the total expenditure planned by the government for the next year.

Speaking during the Senate session today, Rabbani said he was aware of the sensitivity of the matter, adding that "the existing Parliamentary Committee on Defence must first see the defence expenditure that includes oil and related spending threadbare and once the [committee's] confidence level increases, the capital expenditure must also be looked into."

He proposed that a parliamentary committee on intelligence be formed, with the authority to look into the defence budget. He said such committees existed all over the world.

He was also of the view that Pakistan must not take dictation from the International Monetary Fund or the World Bank.

The PPP senator said there were reports that the IMF was not happy with the "relief" given by the government in the budget for the fiscal year 2022-23.

"If the IMF is adamant on its condition then we must tell it that we will only consider the budget for approval that was actually presented," Rabbani said.

He recalled that the conditions agreed to with the IMF in 2018 included a hike in the prices of electricity, gas and petrol as well as privatisation of various organisations.

While seeking the disclosure of the 2018 IMF agreement before the parliament, Rabbani said the incumbent government must enter an accord with the global lending agency afresh.

"It is disappointing to see that our national budget is not being drafted in the country for some time as the IMF gives a final shape to it," he said.