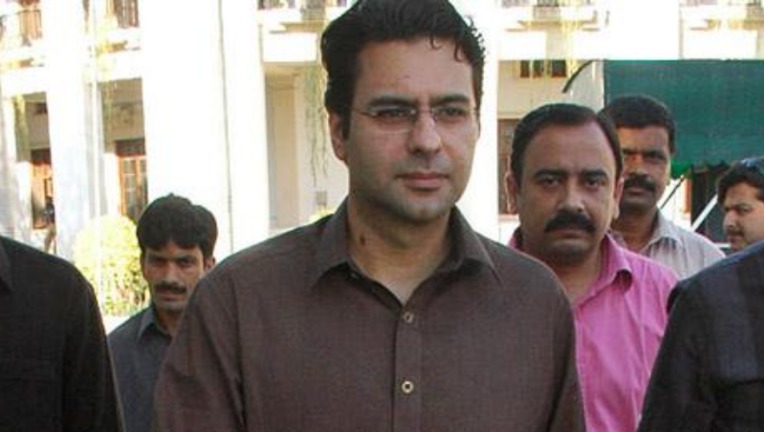 A banking court in Lahore granted interim bail to PML-Q leader and former federal minister Moonis Elahi in a money laundering case till July 4, barring the Federal Investigation Agency (FIA) from arresting him until then.

The FIA had booked Elahi and seven others on charges of money laundering in a case pertaining to a sugar scam on June 14.

He filed a bail application in a banking court today, and the plea was taken up by Judge Aslam Gondal.

The FIA has booked Moonis, PA secretary Bhatti, Muhammad Nawaz Bhatti, Muhammad Ali, Mazhar Abbas, Makhdoom Omar Shehryar, Tarik Jawaid and Wajid Khan Bhatti under Sections 34 (acts done by several persons in furtherance of a common intention), 109 (punishment for abetment), 420 (cheating and dishonestly inducing delivery of property), 468 (forgery for purpose of cheating) and 471 (using a genuine forged document) of the Pakistan Penal Code, read with Section 5(2) of the Prevention of Corruption Act, 1947 and Section 4 of the Anti-Money Laundering Act, 2010 in connection with the affairs of the RYK/Alliance Sugar Mills Group.

The FIR says the no-objection certificate for setting up the mills was issued in June 2007 when Parvez Elahi was the chief minister of Punjab, thus his “culpability will be determined during investigation”.