Search
Hapka.info: Main page » Pakistan »  Talks with TTP to be held under the framework of Constitution: Sanaullah

Talks with TTP to be held under the framework of Constitution: Sanaullah 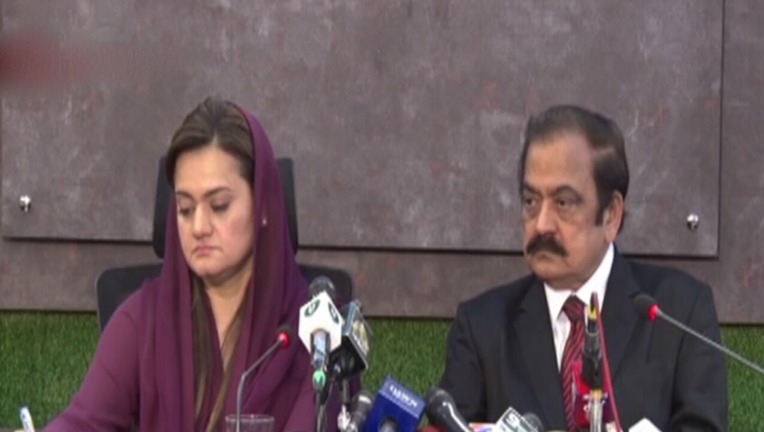 Interior Minister Rana Sanaullah on Wednesday said a meeting on national security, attended by civil and military leadership, had decided that the talks with the proscribed Tehreek-i-Taliban Pakistan (TTP) will be held only under the framework of the Constitution.

He made the statement at a press conference after the meeting in Islamabad, and said it was also decided that an in-camera briefing will be held on the matter and later the prime minister will brief the parliament.

"The talks [with the TTP] will be taken forward under the guidance of parliament," Sanaullah added.

The outlawed TTP had on June 2 announced an "indefinite ceasefire" in view of the "substantial progress" made in talks with the Pakistani government during a round of meetings in Kabul.

The announcement, made by TTP spokesman Mohammad Khorasani, had come a day after a 50-member Pakistani tribal jirga — including a federal minister, representatives from the KP government and tribal elders — joined the peace talks.

According to a statement issued after the meeting today, the institutions "responsible for national security" briefed the committee on the overall security situation of the country. The meeting was apprised of internal and external threats and the measures being taken by the agencies to handle the security situation.

The meeting was informed that talks were underway with the TTP, facilitated by the government of Afghanistan, in which a government-led committee comprising civil and military representatives were negotiating within the framework of the Constitution of Pakistan.

"The decision in this regard will be made in the light of the Constitution, and with the approval of parliament, which will also provide guidance for the future and strike consensus on the matter," the meeting was told.

The officials were also briefed on administrative matters pertaining to the Pakistan-Afghanistan border. During the briefing, the participants were informed that Pakistan had played a very responsible and positive role for peace and stability in the neighbouring country.

"Pakistan will continue its constructive role for peace and stability in Afghanistan. It is hoped that the territory of Afghanistan would not be allowed to be used against Pakistan," the statement added.

It was stated in the meeting that Pakistan's efforts and sacrifices in the war against terrorism were recognised by the world and the unparalleled sacrifices of the Pakistani nation and the armed forces helped bring normalcy back to the country. "There is no structure of organised terrorism in any part of Pakistan."

According to the statement, the political leadership expressed satisfaction over the strategy and progress made in dealing with the issue.

Last year, the PTI-led government of Imran Khan conducted peace negotiations with the TTP during a month-long ceasefire that eventually collapsed.

Islamabad has increasingly complained of attacks across the border from Afghanistan since the Taliban took control of Kabul in August, an issue that has become a source of diplomatic tension.

In March, Afghan officials said a Pakistani airstrike in eastern Afghanistan killed 47 people. Pakistan did not comment on the strike but urged Kabul to secure its border to prevent militant operations.

The Afghan Taliban called the assault a “cruelty” that “is paving the way for enmity between Afghanistan and Pakistan”.

In March, militant organisation Islamic State suicide bomber, who authorities say was an Afghan national, killed 64 people at a mosque in Peshawar. 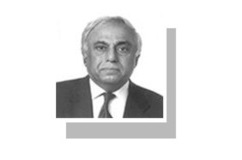