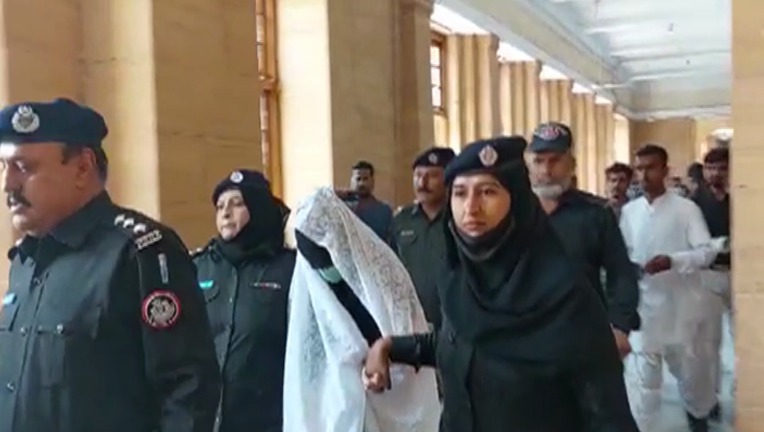 The Supreme Court's Karachi registry (SC) on Thursday disposed of a petition filed by the father of Dua Zehra — the teenage girl who went missing from Karachi in April and was recovered from Punjab earlier this month — challenging the Sindh High Court's (SHC) order after he withdrew his plea.

On June 8, the high court had ruled that Dua, who claims she had contracted marriage of her own free will, was free to decide her fate. Subsequently, her father had submitted a petition challenging the SHC verdict.

"The case does not fall within our jurisdiction," the court said, adding that the father, Mehdi Kazmi, should approach the relevant forums for the formation of a medical board to determine her age.

The petition argued that the SHC had erred in law by setting Dua, a minor, at liberty instead of committing her to the lawful custody of a guardian. It said that the court can only set a person of age at liberty while minors were supposed to be committed to a guardian's lawful custody.

At the outset of today's hearing, the court asked Dua's parents if they had met the teenager to which Kazmi replied that he was allowed to meet his daughter in the SHC chamber for 15 to 20 minutes in the presence of a police officer.

Justice Shah also asked whether a medical examination of Dua had been conducted in accordance with the orders of the high court. The petitioner's counsel, Jibran Nasir, replied in the affirmative.

At one point, Justice Mazhar asked the petitioner if they had challenged Dua's medical report. "We have written a letter to the health secretary in this regard," Nasir replied, urging the court to recover the teenager.

The court also noted that the SHC had instructed the investigating officer to submit the challan in a trial court.

During the hearing, Justice Akhtar asked where a marriage could be challenged to which Justice Mazhar said: "In a family court."

The court also inquired about the number of people arrested in the case so far. "The nikkah khuwan and a witness have been arrested," Kazmi's lawyer said.

Justice Akhtar also remarked that the petitioner should have approached a civil court for relief.

Addressing the petitioner, Justice Sajjad Ali Shah said: "We understand how you feel [but] the girl has married of her own free will, she also has rights."

Justice Mohammad Ali Mazhar told Kazmi that he and his wife could meet their daughter and ask whether or not she was facing any pressure. However, he questioned what the couple would do if Dua refused to go back with them.

Speaking to reporters outside the court, Kazmi's lawyer Jibran Nasir said that the petitioner had contended that the teenager was a minor. The court said that it should first be confirmed whether or not Dua is a minor, for which the formation of a medical board is required, he said.

Nasir said the apex court had accepted the petitioner's request for the formation of the board and assured them that the SHC's decision would not be a hindrance in this regard.

"When we go to the medical board and come back with a report which proves that Dua is actually a minor and the age mentioned on the previous certificate was incorrect, then the doors of the SC will be open for us again."

"After receiving permission from the honourable SC to have a medical board constituted as per law for proper medical evidence, along with directions that the high court's observation with regards to the age of the girl will not hinder the parent's case before any court, we've not pressed our civil petition for leave to appeal (CPLA)," he said.

Nasir said that they would now be approaching the Sindh High Court for the constitution of a medical board and a family court to challenge the nikahnama.

He said that the criminal case against Zaheer, Dua's purported husband, would continue before the trial court, adding that they would approach the apex court again after the constitution of a medical board. 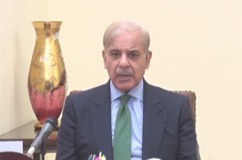