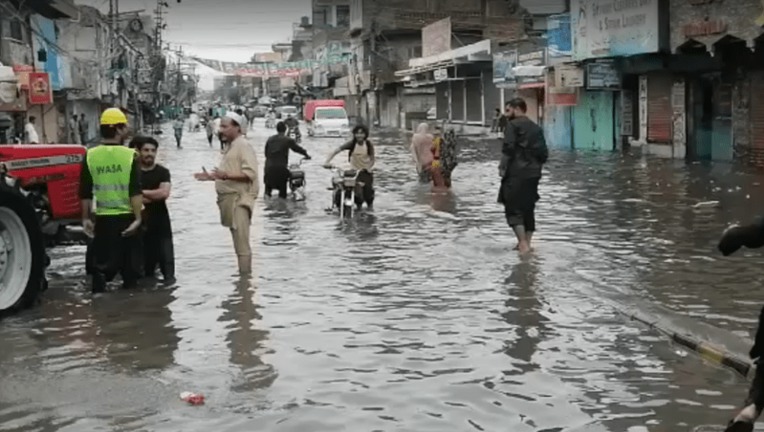 Several areas in the twin cities were flooded — with at least one child dead — as monsoon rains lashed Islamabad and Rawalpindi on Tuesday, with television footage showing vehicles submerged in rainwater in some places.

The child’s death occurred due to drowning, in the Leh Nullah in Rawalpindi’s Hazara Colony area, a spokesperson for Rescue 1122 told Dawn.com. The spokesperson said two friends had dared each other to jump in the Nullah, following which one of them drowned. A search operation was ongoing to recover the child’s body, he added.

Meanwhile, four children who had fallen into the capital’s Korang Nullah while playing were rescued safely, Deputy Commissioner Islamabad Irfan Nawaz Memon said. He appealed to people to stay away from drains during the rainy season.

Pakistan Meteorological Department (PMD) data showed 39mm of rain had fallen around the Leh Nullah in Pindi, 55mm in Saidpur village, 54mm in Golra, 36mm in Chaklala and 11mm in Shamsabad till the filing of this report.

Meanwhile, the managing director of Water and Sanitation Agency (Wasa), Tanveer Ahmed, said 60mm of rainfall was recorded in the twin cities, adding that water levels had risen to 12 feet in the area around Leh Nullah in Pindi’s Katarian and nine feet in Gawalmandi.

As much as five feet of rainwater had accumulated in Sadiqabad.

Residents in another area, New Lalazar, climbed to their rooftops as rainwater started entering homes and vehicles were submerged.

The spokesperson said the water level had risen to 12 feet at Gawalmandi bridge. However, the water level was not expected to rise further because rain had stopped on Leh Nullah’s catchment area, he added.

“We are keeping a close eye on the situation and all institutions have been put on alert,” the deputy commissioner said.

The Pakistan Meteorological Department said in a statement that monsoon currents were entering the country and might continue for the next 24 to 48 hours.

The Met department warned that the heavy rain could cause urban flooding in Rawalpindi, Islamabad, Faisalabad, Lahore, Gujranwala and Sialkot on July 5 and 6. 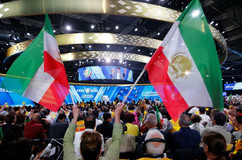