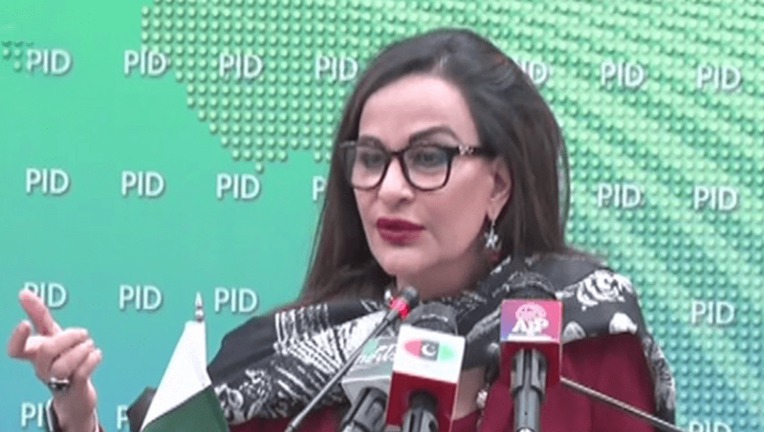 Federal Minister for Climate Change Sherry Rehman on Wednesday revealed that monsoon rains across the country — which began on June 14 — have claimed 77 lives so far of which 39 were reported in Balochistan.

"The figure includes children, men and women. We are trying to reach out to locals with the help of the national and provincial disaster management authorities," she said at a press conference.

Heavy rains have been lashing multiple areas of the country since the start of this week. According to authorities, the downpour has wreaked havoc in Balochistan where the local administration has geared up to deal with any emergency situation.

In a briefing today, Rehman said that urban flooding had been reported in Quetta, Pasni and Turbat. "The water levels are high and people need to be careful because the monsoon patterns are changing. At this moment, the rains across Pakistan are 87 per cent more than the average downpour."

In Balochistan, the rains were 274pc more than the average rainfall, while Sindh's were at 261pc, which the minister stressed was "alarming".

"This is the beginning and we need to prepare for it," she said, adding that the climate change ministry had issued alerts instructing provinces to clean their nullahs.

"This is definitely a national disaster for me, especially when so many people are losing their lives. This is not a small thing and the state has to give special attention to it."

Rehman explained that pre-monsoon rains came in earlier than expected this year. For this purpose, the ministry and NDMA had prepared a contingency plan. "But all the provinces have to chalk out their relief plans and reach out to the federal government if need aid or help."

She stated that the Met office and disaster management authorities were issuing advisories on a daily basis. But, she underscored, they need to be taken "seriously" by the authorities. "This is the sixth day and we need to be vigilant."

The government, Rehman added, was active but she highlighted that the public should also play their role to protect themselves and their livestock during the inclement weather, especially those living in low-lying areas.

Following her presser, she tweeted that the PMD has forecast 1 July to mid-August for the first phase of the monsoons, with "87 per cent precipitation ALREADY above normal".

According to the Balochistan Provincial Disaster Management Authority, several districts of the province have been receiving monsoon downpours with strong winds since July 4. On Tuesday, an emergency was declared in the Quetta district after 20 people were reportedly killed.

The areas most affected by the rains include Quetta, Lasbela, Sibi, Harnai, Dakki, Kohlu, Barkhan, Zhob and Dera Bugti.

Turbat, Panjgur, Pasni, Ormara and other areas of the Makran division also received heavy monsoon rains. In Gwadar, army troops were helping the local administration to drain the water accumulated in several areas.

The authorities have been placed on high alert as the Met department forecasted more rain in the next three days. Army, Frontier Corps (FC) and Levies forces have also been put on high alert to deal with emergency situations.

Earlier today, President Dr Arif Alvi expressed deep sorrow over the loss of lives and properties due to heavy rains in Quetta. He directed the authorities concerned to extend every possible assistance to the people affected by the calamity.