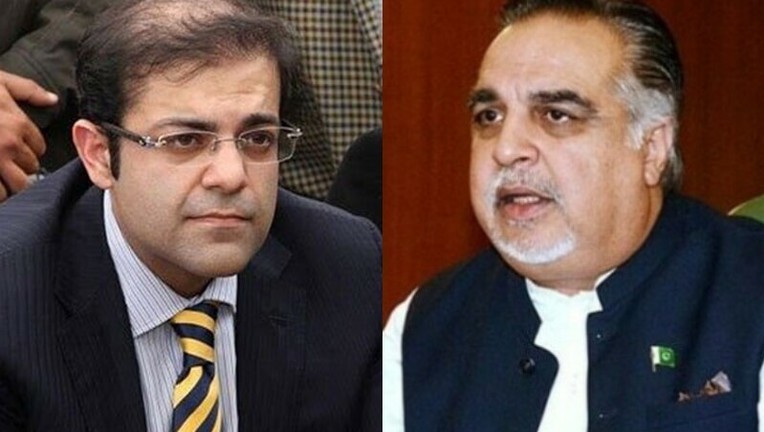 Suleman Shehbaz, the son of Prime Minister Shehbaz Sharif, sent a Rs1billion defamation notice to PTI leader Imran Ismail for claiming that he owned a solar power company and benefitted from the government’s policies.

On Sunday, the former Sindh governor had accused PM Shehbaz of helping his son secure contracts for his solar energy company during a recent trip to Turkey. He had, however, referred to the PM’s son as Salman.

“The cabinet has decided to shift government buildings to solar energy. Instead of improving diplomatic relations with Turkey, Shehbaz negotiated deals for his son’s solar energy [company] and now solar [panels] will be bought from Salman’s company,” Ismail had said.

The allegation was today countered with a defamation notice, a copy of which is available with Dawn.com. It states that Suleman did not even own a company that provides or does business in solar panels.

It termed Ismail’s allegations as a “huge pile of lies”. It added that no contracts were signed in Turkey for the provision of solar panels since Suleman did not own any company in the first place.

The notice said Suleman did not stand to benefit from the federal government’s decision to pursue alternative sources of energy, and since he was not in the cabinet, or occupied any government office, he was not tethered to the cabinet’s decision.

The notice said Ismail had “maliciously” attacked Suleman with “a bunch of concocted statements”.

The defamation notice called on Ismail to rectify his actions within 14 days through the following acts:

The notice warned that Suleman reserved the right to avail all available legal remedies if the above steps were not taken within 14 days.

Responding to the notice, Ismail said he “welcomed” it and doubled down on his claims, saying he stood by them.