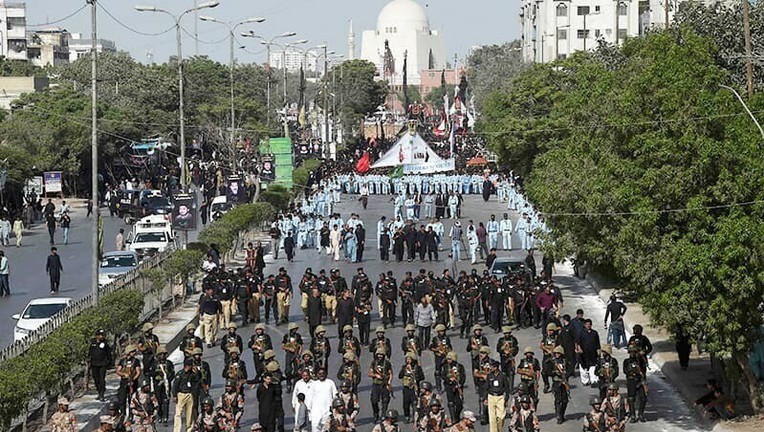 The Sindh government on Saturday imposed a ban on the use of helicams or drones for video recording by media channels during processions and majalis from Muharram 8 (August 7) to 10 (August 9).

According to a notification issued by Sindh Home Secretary Dr Saeed Ahmed Mangnejo, the province-wide ban was imposed in the “larger interest of safety and security of participants of processions on 8th, 9th and 10th Muharram 2022”.

“Whereas the government of Sindh is satisfied in view of the present security environment, it is necessary to make immediate measures and full proof preventive security arrangements at religious gatherings and to obviate any chance of misuse by undesirable elements,” it said.

“Therefore, the government of Sindh in exercise of the powers conferred under Section 144 of the Criminal Procedure Code do hereby impose a complete ban on the use of heli-cams for video recording by media channels during processions and majalis carried out of 8, 9, and 10 Muharram.”

The government has authorised SHOs concerned to register complaints under Section 188 of the Pakistan Penal Code against those found in violation of the ban.

On Friday, the government had also banned pillion riding in the province from August 5 to August 11 as a security measure.