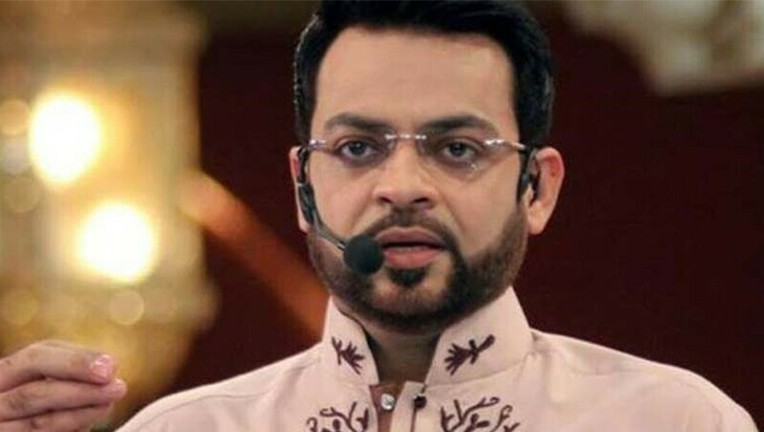 A Karachi court on Saturday stayed the exhumation of late PTI MNA Dr Aamir Liaquat Hussain’s body for an autopsy till August 11.

Additional Sessions Judge-II (East) Ghulam Mustafa Laghari passed the order on an application filed by the children of the former lawmaker — Dua Aamir and Ahmed Aamir — who had challenged the June 18 order of a judicial magistrate that allowed a citizen’s application to exhume their father’s body to ascertain the “actual cause of his death”.

While ordering the exhumation of Hussain’s body, the Judicial Magistrate (East) Wazeer Hussain Memon had observed that the cause of his death was still uncertain, which itself had raised questions about whether it was natural or unnatural and could only be ascertained after exhuming the body and its examination. The judge had passed the order on an application moved by a citizen, Abdul Ahad.

In today’s hearing, Advocate Zia Awan claimed that Ahad, on account of his previous political rivalry with Hussain, had filed the application for exhuming the body of his clients’ father for an autopsy.

He expressed the apprehension that his clients would suffer irreparable loss if the stay order was not granted.

The judge, without touching the merits of the magistrate’s order, suspended its operation till the next date of hearing set for Aug 11 (Thursday). He also issued notices to respondents to file their comments to the stay application on the next date.

On June 22, Hussain’s family had challenged the magistrate’s decision in the Sindh High Court (SHC), which had then granted an interim stay against his exhumation.

On July 28, the SHC disposed of their petition with a direction to challenge the order in question before the relevant sessions’ court and extended the stay order for 10 days or till a revision application was filed before the competent forum.