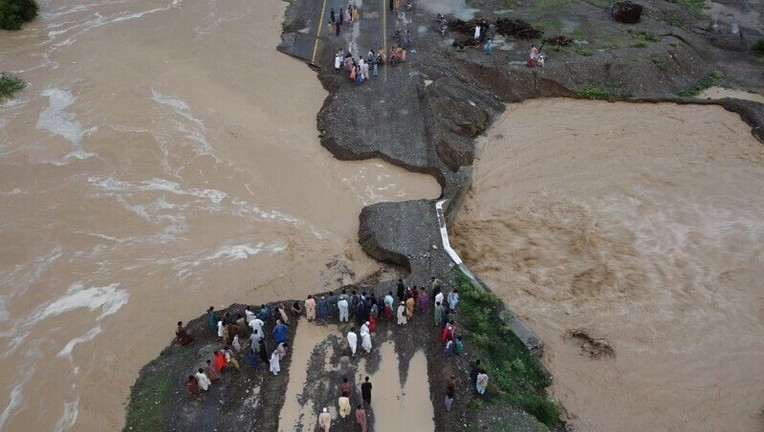 Traffic on Quetta-Karachi National Highway remained suspended even after five days as flood water is still flowing over the highway.

The deputy commissioner said the ground link between Uthal and the rest of Lasbela had been disconnected after a pylon caved in on a thoroughfare connecting the two points.

He said 12 people were rescued from one of the inundated villages.

“An alternative route that was prepared three days ago near Landa River in Uthal has been washed away once again due to floods,” he said.

Two cars were also washed away in floods on Wednesday night near Zero Point area of Uthal, however, locals with the help of welfare officials rescued five people aboard the two vehicles.

The situation in other districts has not improved yet as Musakhail, Zhob, Pishin, Qila Saifullah, Qila Abdullah, Nasirabad and Lasbela were still receiving torrential rains for the past two days.

According to officials, hundreds of mud houses were damaged in Qila Saifullah, Muslim Bagh, Musakhail, Kohlu, Dera Bugti and other areas due to incessant rains.

Rescue teams, including the army, Frontier Constabulary, Levies and local administration were trying to rescue people from far-flung areas of the district which were cut-off due to washing away of connecting roads and of bridges.

Meanwhile, the provincial government called upon the federal government to provide a special package of Rs60 billion for repair of infrastructure and rehabilitation of flood-hit families.

The Balochistan government sent a resolution adopted by the provincial assembly recently to Islamabad. “Balochistan, having meagre resources, is not able to rehabilitate the destroyed areas and compensate the people who suffered huge financial losses,” the resolution stated.

It asked the provincial government to approach the federal government for a special package of at least Rs50bn to Rs60bn for the rehabilitation of 32 destroyed districts and waive off all utility bills and agriculture loans in the districts that had been declared calamity-hit areas.

So far, 206 people have lost their lives in the province during the current monsoon season, according to a Dawn report. 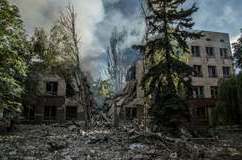